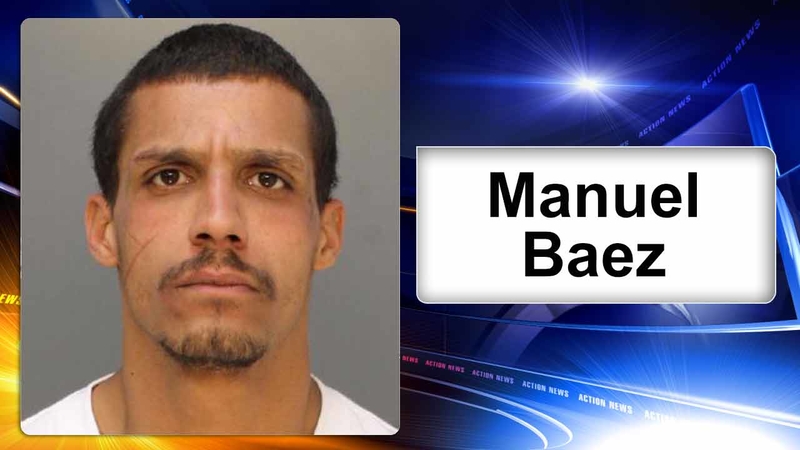 CENTER CITY (WPVI) -- Philadelphia police have arrested a man in connection to the death of a local psychiatrist who was found dead in a Center City hotel.

Police have charged 27-year-old Manuel Baez, described as a homeless prostitute, with the murder of 75-year-old Howard Baker.

Action News has learned the identity of the psychiatrist found dead inside a Center City hotel room.

The body of Baker was discovered around 11 a.m. Monday inside a room at the Rodeway Inn, located at 12th and Walnut streets.

The preliminary investigation reveals Baker of Lower Merion, Montgomery County, checked into the hotel at about 3 p.m. Sunday.

Surveillance cameras show he left his room and returned with a man. After some time they left.

Philadelphia police provide an update on their investigation into the death of a local psychiatrist.

But Baker returned to the hotel that evening with another man.

A housekeeper went to room 504 to check on Dr. Baker after he had failed to checkout. When she opened the door she found him lying on the floor face up, naked, with a leather belt wrapped tightly around his neck.

He was pronounced dead on the scene. The cause of death has been ruled as strangulation.

Earlier, police announced the second visitor as a person of interest. He was seen leaving the victim's room at 12:30 a.m. Monday carrying Dr. Baker's backpack and wallet.

Dr. Baker's office is only two blocks from the hotel, on the 1400 block of Walnut. He also has a practice in Wynnewood.