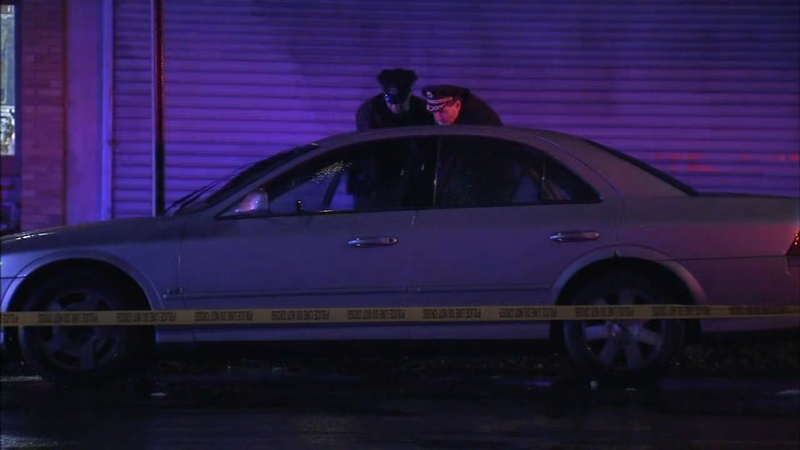 PHILADELPHIA (WPVI) -- At least 12 bullets were fired during a deadly shooting in the West Oak Lane section of Philadelphia, police said.

It happened shortly before 10:30 p.m. Monday at 67th Avenue and North Broad Street.

According to authorities, one shot pierced the window of a car and struck 19-year-old Quameer Knight who was sitting in the front passenger seat in the head.

"The ballistic evidence was about 200 feet south of where the victim was sitting in the car. So we don't know right now whether or not that 19-year-old victim was an intended target or struck by stray gunfire," Philadelphia Police Chief Inspector Scott Small said.

Police said several other people were also in the vehicle at the time.

"I'm going to say there's a strong possibility that someone in the vehicle was being targeted," said Captian Jason Smith.

At this point, the police say the person in the driver's seat of the car is cooperating with the investigation.

The suspect was last seen running eastbound on 68th Street. The passenger in the back of the car is unaccounted for.

Investigators are searching through surveillance video to see if it can help catch the shooter.