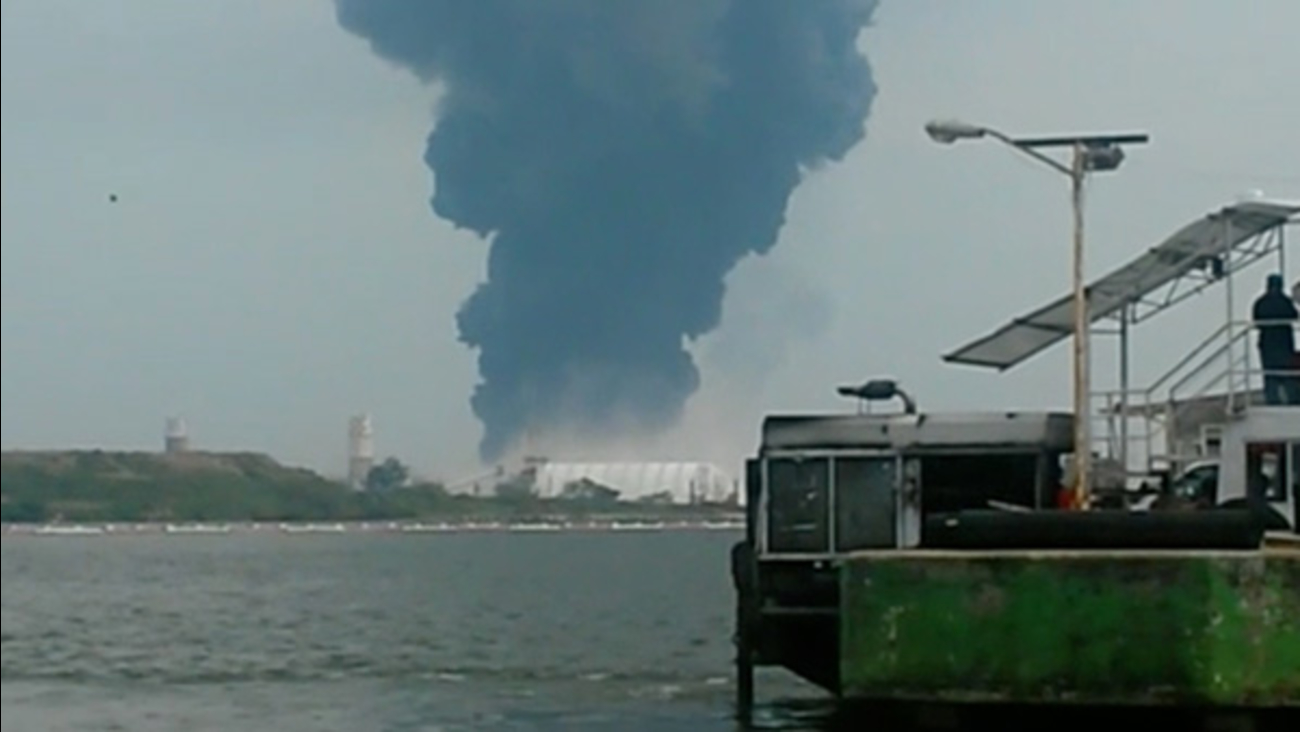 In this video grab a large plume of smoke rises from the Mexican State oil company Petroleos Mexicanos' petrochemical plant after an explosion in Coatzacoalcos, Mexico. (Inmel Enoc via AP)

AP
MEXICO CITY -- An explosion ripped through a petrochemical plant on the southern coast of the Gulf of Mexico on Wednesday, killing 3 people, injuring dozens and sending flames and a toxin-filled cloud into the air, officials said.

State oil company Petroleos Mexicanos, or Pemex, said in a statement that 30 people were hurt in the afternoon blast in the industrial port city of Coatzacoalcos. Veracruz state Gov. Javier Duarte later told Radio Formula that the number of injured was more than 60 and that three people had lost their lives.

By early evening the fire had been brought under control, but Pemex still urged people to stay away from the area as a precautionary measure.

"The cloud that emanated from the PMV plant in Coatzacoalcos is dissipating rapidly, which means it is losing its toxic effects," the company said via its Twitter account.

Duarte told Milenio television that the explosion was "very strong." He said some areas near the plant had been evacuated and recommended people remain indoors for a couple hours more.

Pemex said in a statement that the explosion happened at 3:15 p.m. at the Clorados 3 plant of Petroquimica Mexicana de Vinilo. It added that the plant is operated by another company, Mexichem, in partnership with Pemex.