WPVI
August 19th, 2016 (WPVI) -- The 2016 Pennsylvania Conference for Women is coming to the Pennsylvania Convention Center on October 6th. 6abc is a media sponsor for this daylong event filled with workshops on professional development and much more. In anticipation for the big event our own Tamala Edwards sat down with conference speaker Courtney Smith Goodrich, Head of Global Technology Strategic Programs at JP Morgan Chase to discuss best strategies for women looking to advance their careers. 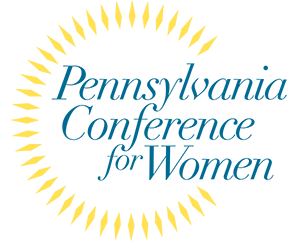 For more information about the conference, workshops and ticket information, please click here.

MINDY KALING is an actor, writer, producer and director. She currently stars in the Hulu original comedy series "The Mindy Project," which she also writes and executive produces. In 2013, the show was nominated for a Writers Guild Award for New Series. In 2014, Kaling and the show earned nominations from the Television Critics Association for Individual Achievement in Comedy and Outstanding Achievement in Comedy respectively. Before "The Mindy Project," Kaling was best known for her work on the critically acclaimed, Emmy Award-winning NBC show "The Office." In addition to directing, producing, and portraying celebrity-obsessed Kelly Kapoor, Kaling wrote 18 episodes of the series, including the Emmy nominated episode "Niagra." In 2005, she made her film debut as the object of Paul Rudd's unwanted affections in Judd Apatow's "The 40 Year Old Virgin." Aside from her work in film and television, Kaling is the author of the comedic memoir "Is Everyone Hanging Out Without Me (And Other Concerns)," and her second memoir "Why Not Me?" was released in September 2015 and is currently featured on the New York Times' bestseller list. @mindykaling

ABBY WAMBACH is a retired forward of the 2015 Women's World Cup Champion U.S. Women's National Soccer Team. One of the world's greatest players of all time, Wambach is the number one all-time leading scorer in international soccer history with 184 career goals. She led the U.S.A. in scoring in the 2008 and 2011 Women's World Cup tournaments, and the 2004 and 2012 Olympics. Wambach is the leading voice for women's sports as well as for her generation of female soccer players and athletes. An ambassador for Right to Play and USAID among other organizations, she will continue to inspire others for years to come. In 2015, Wambach was named one of TIME 100's Most Influential People @abbywambach

ANITA HILL is University Professor of Social Policy, Law, and Women's Studies at Brandeis University. She is a vital leader in both the civil rights and women's rights movements. In 1993, Hill made sexual harassment in the workplace a national issue when she testified that Supreme Court Justice nominee Clarence Thomas had committed sexual harassment against her. She continues to push the envelope in pursuit of women's and civil rights. Hill is spearheading "Restoring the Vision," a project to revive awareness of Title IX, the crucial law mandating equal education and employment opportunities for women. Hill will address the challenges women face in reaching workplace parity and highlight ways to increase women's access to higher education. Today, Hill keeps alive the legacy she bravely began in the early 1990s. She inspires the hundreds of students whom she has taught as University Professor at Brandeis, and thousands more who follow her example in creating a better society in America. As long as women and minorities face discrimination in the U.S., for Anita Hill, there is more work to be done.

ADAM GRANT is The Wharton School's top-rated teacher. He has been recognized as one of the world's 25 most influential management thinkers, the 100 most creative people in business, and the 40 best business professors under 40. Grant is the author of two New York Times best-selling books translated into 35 languages. "Originals" explores how individuals champion new ideas and leaders fight groupthink; it is a #1 national best-seller. "Give and Take" examines how helping others drives our success. It was named one of the best books of 2013 by Amazon, the Financial Times and The Wall Street Journal as well as one of Oprah's riveting reads and Harvard Business Review's ideas that shaped management. TW: @adammgrant