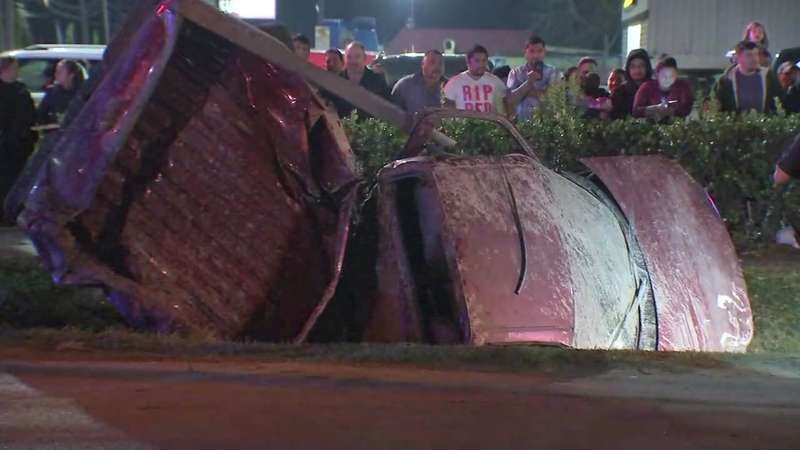 HOUSTON -- A group of teens who were involved in a deadly crash while pulling a prank in Houston, Texas say they were fleeing for their safety.

A man whose car was damaged by the eggs decided to chase the teens.

The teens told police the man in his late 20s flashed a semi-automatic weapon, so they sped through an intersection.

Harris County Sheriff's Office said a woman was killed when the 14-year-old driving a GMC Acadia ran a red light and smashed into her Ford F-150.

Police are now looking for the driver of a late-model 1970s Lincoln Continental who the teens say chased them with a gun.