15 arrests in drug bust spanning Philadelphia, Montgomery County and beyond 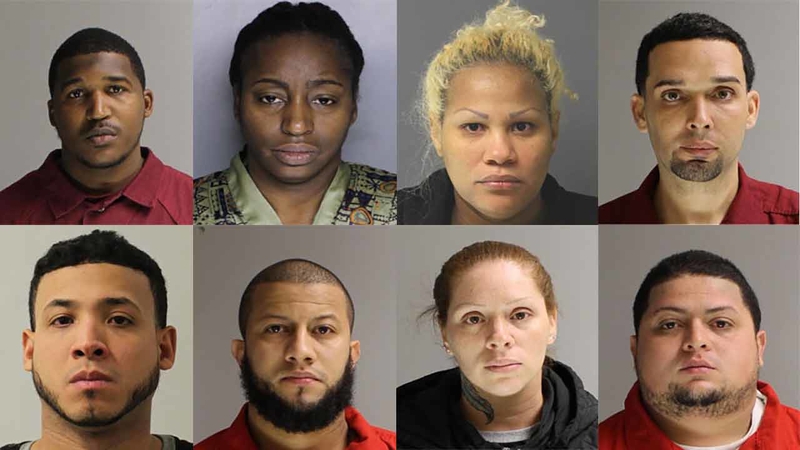 PHILADELPHIA (WPVI) -- Prosecutors have announced 15 arrests in a drug bust that they say spanned two counties in Southeastern Pennsylvania and reached into Massachusetts as well.

"These dealers trafficked heroin and cocaine across state lines - and sold their drugs in Philadelphia and Montgomery County," Pennsylvania Attorney General Shapiro said in a statement released Friday. "Today we've shut this band of drug dealers down. We will remain vigilant and merciless towards anyone peddling these poisons in our communities."

Prosecutors say over a six-month period in 2016, the drug dealers transported and sold approximately 4 kilograms of heroin valued at $700,000 and 5 kilograms of cocaine valued at $500,000. The dealers sold the drugs in
Philadelphia and Montgomery County, as well as Boston and Lawrence, Massachusetts.

The following defendants are charged with corrupt organizations, violations of the controlled substance act, criminal conspiracy and related offenses:

Jennifer Solis, 32, of B Street, Philadelphia