WPVI
SMYRNA, Del. (WPVI) -- Sixteen inmates have been charged with first-degree murder and assault, and face life in prison if convicted in the death of a corrections officer during February's riot at Delaware's maximum-security lockup.

The indictment announced Tuesday also charges 18 inmates in all with kidnapping, riot and conspiracy in the uprising, during which three guards and a female counselor were taken hostage in a standoff that lasted nearly 20 hours.

"This was an extremely important and time-consuming investigation that involved unique challenges." Attorney General Matt Denn said in a statement announcing Monday's indictment by a New Castle County grand jury. "I appreciate the police and prosecutors' focus on ensuring that justice is done for the victims in this case and their families."

Police and prosecutors will have no further comment because the investigation continues and court rules bar prosecutors from discussing criminal matters ahead of trial, the Delaware Department of Justice statement said.

The indictment itself revealed no details: It does not explain specifically what these 18 men allegedly did, nor show how authorities identified them as the responsible inmates.

Outrage over the death of Lt. Steven Floyd prompted state House lawmakers to vote this year to reinstate Delaware's death penalty, but the effort died in the Senate, so the most severe punishment they can get is life without parole.

All of those charged are currently in Delaware prisons. Eleven are already doing time for murder or manslaughter. Four already are serving life sentences.

The prison was placed on lockdown as the newly indicted inmates traveled to court, said a Department of Corrections spokeswoman, Jayme Gravell. Carl Kanefsky, a DOJ spokesman, said bail conditions were being set and arraignments will be scheduled.

Brendan O'Neill, Delaware's chief public defense attorney, said in a statement that his office has started the process of providing lawyers for the inmates and that each defendant is presumed innocent of the new charges.

Authorities said Floyd was forced into a closet and killed by his captors. His death was later ruled homicide by trauma. Two other correctional officers, Winslow Smith and Joshua Wilkinson, were released after being tormented and beaten by inmates. Authorities finally rescued the female counselor, Patricia May, after using a backhoe to breach a wall.

Two weeks before that, some inmates in the same building refused to return to their cells after recreation time until they were allowed to speak with a supervisor about housing conditions. Some correctional officers - including Floyd - told supervisors that the instigators of that Jan. 15 incident should be moved to another building for security reasons. The request was dismissed by higher-ranking officials.

The dismissal of the security warnings was indicative of an overcrowded, understaffed facility plagued by mismanagement, a lack of communication, a culture of negativity, and adversarial relationships between prison staff and administrators, according to the independent review ordered by Gov. John Carney and released in September.

Stephen Hampton, a Dover attorney who's been in touch with 200 inmates since the riot, said prisoners were beaten and abused after the uprising. He questioned whether any confessions or statements could be admissible in court.

Gravell rejected Hampton's claims: "Our officers are highly trained and will absolutely respect the constitutional rights of the inmates," she said.

Meanwhile, a lawsuit filed by Floyd's family and other prison employees is pending, alleging that state officials ignored staffing and security issues.

One of their attorneys, Thomas S. Neuberger, said in a statement his clients are pleased with the charges, noting that some defendants are convicted murderers.

But he said the survivors are unable to continue their careers, enduring post-traumatic stress disorder, the effects of concussions and other conditions. "(T)hey are worse off today than in February," the attorney said. "Their lives will forever be changed." 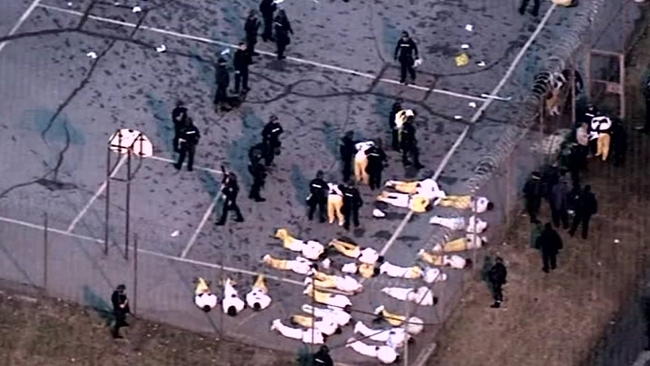 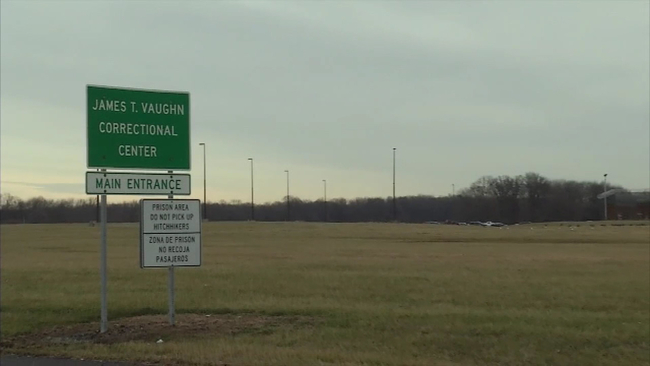