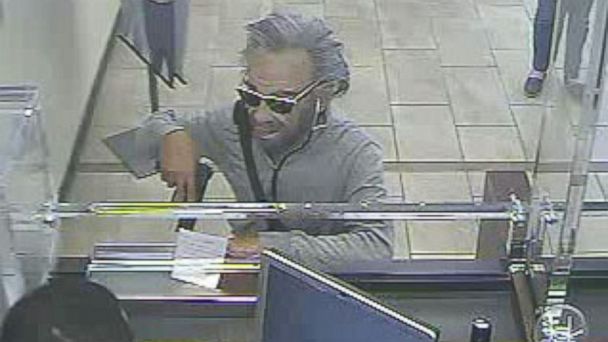 A Florida man in his 20s is in custody after he allegedly stole $18,000 from two different banks while disguised as an elderly man, according to a criminal complaint.

Abraham Maghen, who is in his mid-20s, allegedly went to a Pembroke Pines, Fla., bank on May 2, "wearing a mask resembling an elderly individual," according to the complaint against him. He then allegedly gave a demand note to a teller and brandished what appeared to be handgun before taking $10,000, the complaint said.

No one was injured, according the FBI in Miami, which released photos hoping to identify the suspect.

Maghen, of Hollywood, Florida, was arrested May 9 in connection with both bank robberies, the FBI in Miami said.