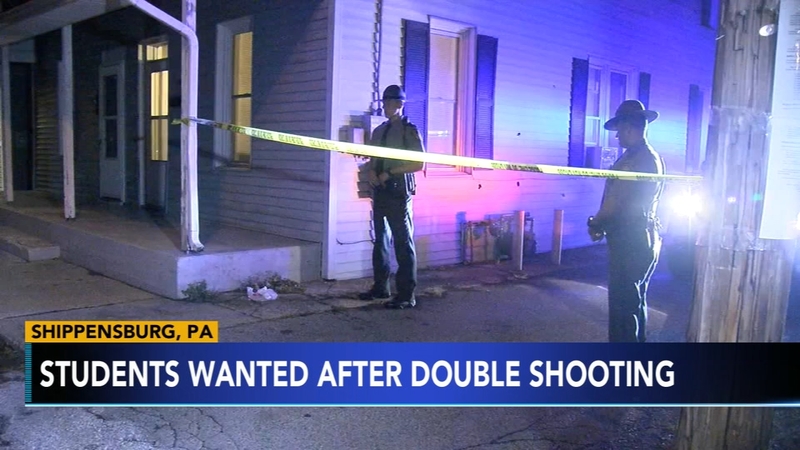 SHIPPENSBURG, Pennsylvania (WPVI) -- State Police said one person is dead and another person is in critical condition after shooting near the campus of Shippensburg University.

Emergency dispatchers said the shooting happened a few blocks from campus along the 200 block of High Street in Shippensburg Township around 8:15 p.m. Sunday.

State Police said the body of 21-year-old Shakur Myers of Philadelphia was found near a vehicle on High Street. Samir Stevenson, 21, was flown to Geisinger Holy Spirit Hospital in critical condition.

"I think anytime there is a random shooting on a Sunday evening there is certainly a danger to the public," said Lt. Mark Magyar. "And until they are in custody, I would say certainly, there is something to be concerned about. I have nothing to indicate that this was just random or that the people were targeted."

Neighbors say students live in the area, but there's no word yet if the victims attended Shippensburg University.

Police said two 20-year-old men from Philadelphia are being sought in the shooting.

An alert was sent out to Shippensburg University students about the shooting.

Since the shooting happened off-campus, it is not in the school's jurisdiction. The university's chief was assisting on the scene.
Report a correction or typo
Related topics:
pennsylvania newsfatal shootingshootingcollege
Copyright © 2021 WPVI-TV. All Rights Reserved.
More Videos
From CNN Newsource affiliates
TOP STORIES