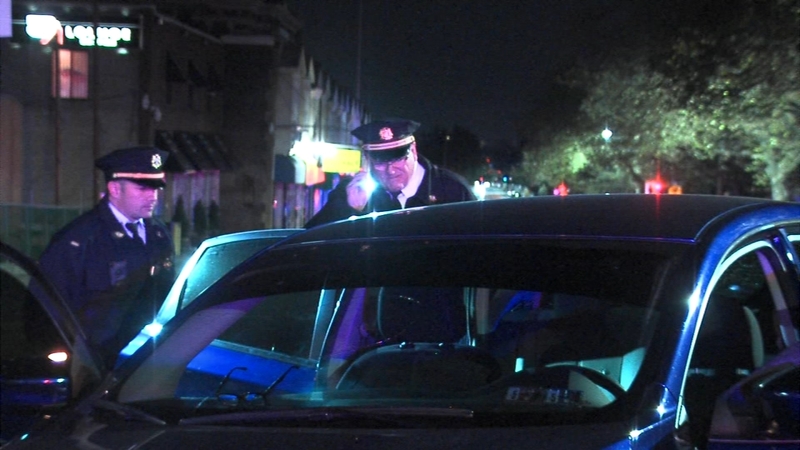 PHILADELPHIA (WPVI) -- Two people were shot after gunfire rang out outside of a North Philadelphia night club early Sunday.

It happened around 2:30 a.m. outside of the 5th Street Lounge on the 5900 block of North 5th Street in the city's Fern Rock section.

Police said a man in his 20s who was a passenger in the backseat of a blue Nissan was shot through the rear of the car, with a bullet hitting him in the back.

According to police, after the shooting the driver lost control of the car and crashed into a parked car. The man who was shot in the back then got out of the car and began knocking on doors in the 400 block of Champlost Avenue asking for help.

Officers arrived and transported the man to Einstein Medical Center where he is in critical condition.

Police said while they were at the hospital a 23-year-old woman arrived saying she was also shot in the arm at the same location. She is in stable condition.