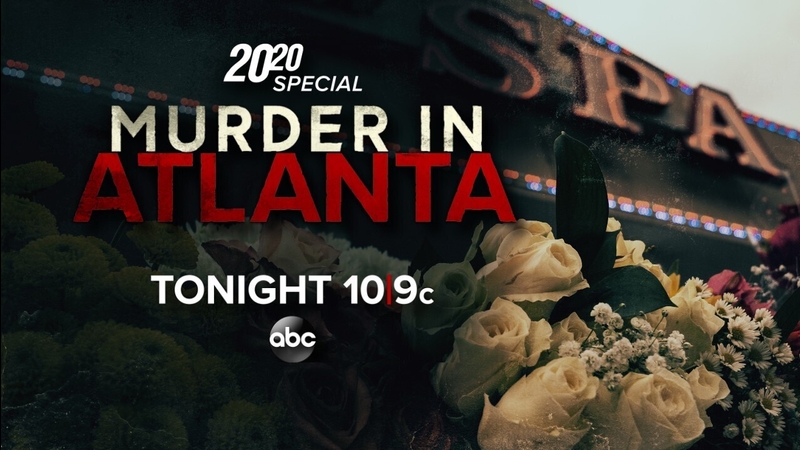 In the aftermath of the Atlanta shootings this week and the overall issue of attacks against Asian Americans, ABC News will air a one-hour "20/20" special Friday from 10 p.m. to 11 p.m. EST entitled "20/20 Murder in Atlanta."

Three local Asian American ABC reporters -- CeFaan Kim (WABC in New York), Dion Lim (KGO in San Francisco) and Nydia Han (WPVI in Philadelphia) -- have been breaking ground on the reporting of this crisis and are involved with the special.

They have done almost the impossible, urging victims to speak about their assaults and encounters. Traditionally, these crimes have gone unreported or under reported.
EMBED More News Videos

In the aftermath of the Atlanta shootings this week and the overall issue of attacks against Asian Americans, ABC News will air a one-hour "20/20" special Friday from 10 p.m. to 11

They will also discuss community frustration with getting some of the attacks labeled as hate crimes, and the criteria for labeling them as such.

ABC News' Eva Pilgrim discussed the topics covered in the special, including the timeline of the Georgia shootings, more on the victims, and a look back at the last year in the rise in hate crimes across the country.

RELATED | New mom, Army vet among 8 killed in Georgia spa shootings: What we know about victims

Going even further back in history, the special will look at how we got to this point, as well as the role racist stereotypes perpetuated in pop culture play in all of this.

The special will also look forward, discussing where we go from here and how we pick up the pieces from what we've seen in this moment, to do something positive to inspire change.

On Thursday, lawmakers held a hearing in Washington D.C. on the rise of hate crimes and discrimination against Asian Americans. But instead of helping to shed light on the problem, Texas Rep. Chip Roy claimed the hearing was an effort to police free speech.