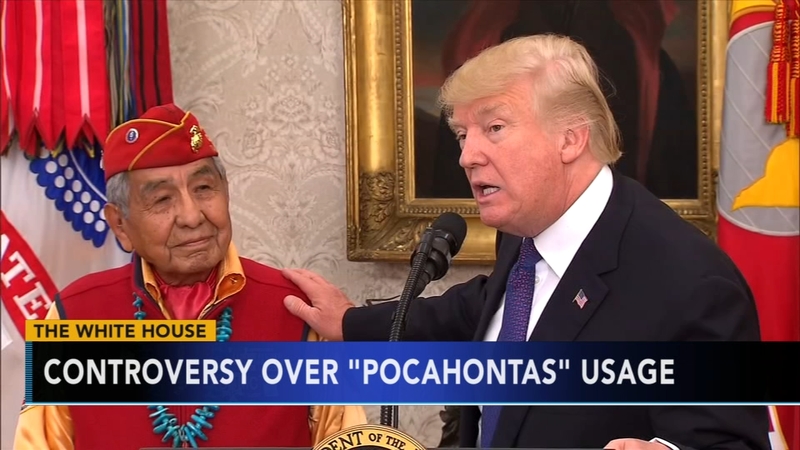 WASHINGTON -- The White House says President Donald Trump meant no offense when he joked about Pocahontas during an event honoring Native American veterans.

During a White House event Monday, the president revived past mocking comments he's made about Sen. Elizabeth Warren for claims she made about being part-Native American.

Trump said: "We have a representative in Congress who they say was here a long time ago. They call her Pocahontas. But you know what, I like you."

Press secretary Sarah Huckabee Sanders says what's offensive is not the president's comments, but Warren's claim about her heritage.

Sanders says she doesn't understand why Warren's comments haven't gotten more attention. She says the comments should be "constantly covered."

In the past, Native American leaders have called Trump's attacks on Warren offensive and distasteful.