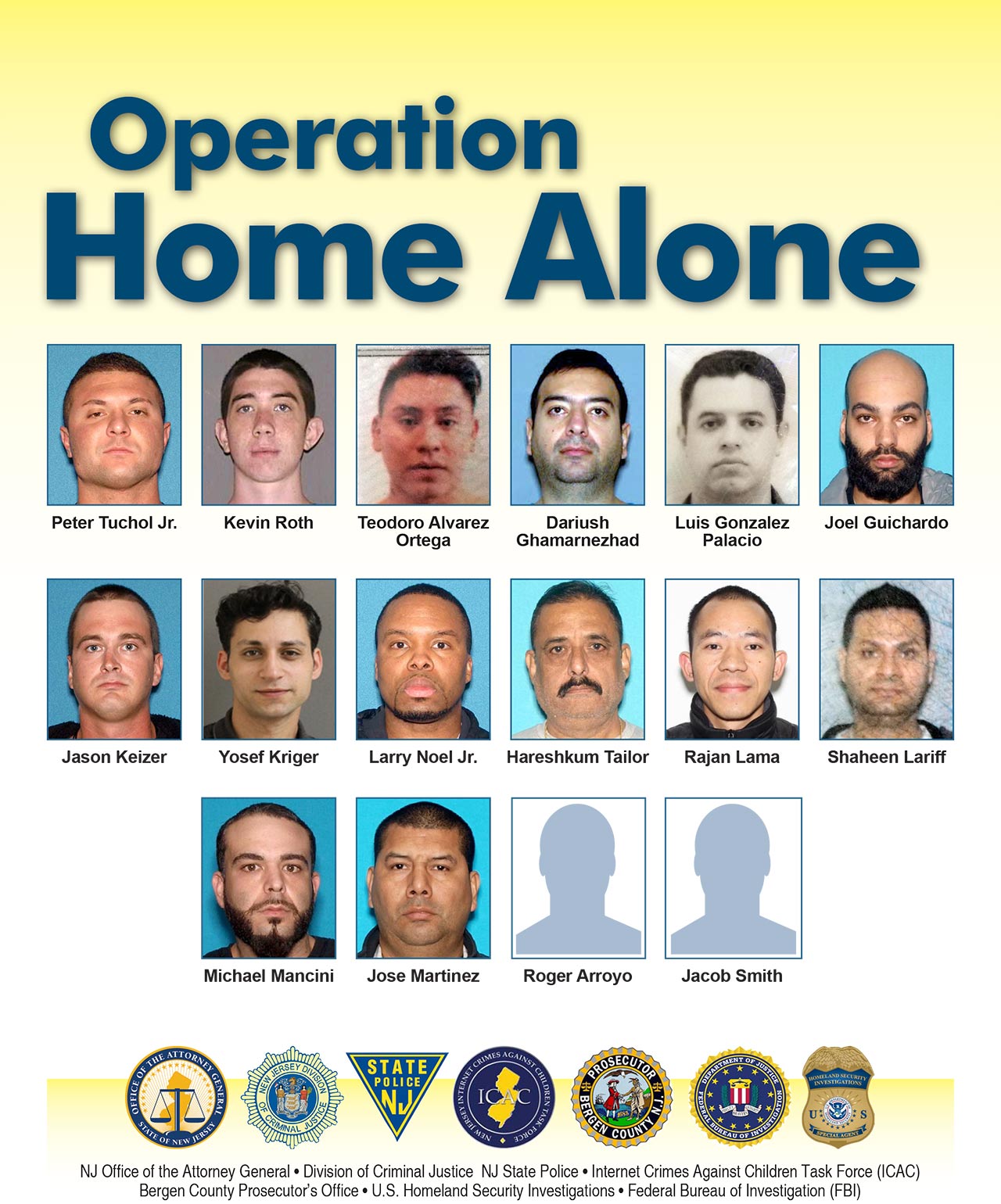 Others arrested include a Ridgewood police officer, a Bronx, N.Y., high school teacher, drivers for two rideshare companies, a finance lead for an internet service provider, a bank branch office manager, a barbershop owner, a dental hygienist, two takeout food deliverymen, and others.

"That's taken me by surprise, when someone told me about it I was like what? I can't believe this," said Harry Gonzalez who knew Arroyo.

Gonzalez says Arroyo is a traveling minister who sometimes preached at church in the 3000 block of C Street in the city.

The Bergen County Prosecutor's Office is prosecuting the case.

The Attorney General's Office working in conjunction with authorities in Bergen County shared more details about the major statewide investigation that also netted a police officer, high school teacher along with Uber and Lyft drivers.
The underage "children" were, in fact, undercover officers.

Most of the defendants were arrested when they arrived at a residence in Bergen County, where they allegedly expected to find their victim home alone.

Instead, investigators said they found law enforcement officers prepared to arrest them and process any evidence seized.

"The 16 men we arrested allegedly used social media to stalk victims they believed were vulnerable children who could be sexually exploited. Fortunately, their victims were really undercover officers prepared to put them in handcuffs," said Attorney General Grewal.

"Parents need to know that the profiles of underage girls and boys we posted on social media to catch these offenders could easily have been profiles of their own children, who might also be targeted by predators on chat apps and popular gaming sites," he continued. "Our message to parents with Operation Home Alone is to be on guard. Our message to child predators is law enforcement is working overtime to find you and arrest you."