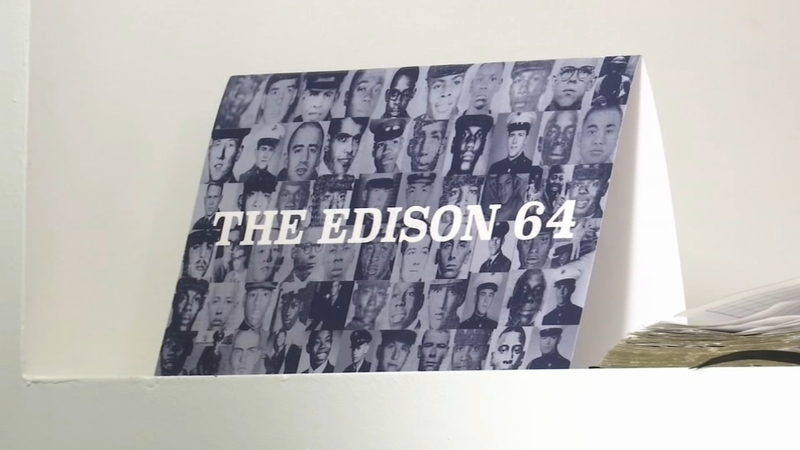 The building itself secured its place in history a long time ago. Now, the reason why is part of its name - 64, otherwise known at the Edison 64 - the 64 students who went to the old Edison High School and died in action during the Vietnam War - the most from any single school in the United States.

"My comrades in arms. Give them the respect because they fought hard for their country," said Charles Rogers, an Air Force veteran.

Rogers served during that time, and growing up in Philadelphia he remembers the Edison students well. Now, the old high school is his home.

"I couldn't believe the changes. In fact, they did a beautiful job here," said Rogers.

The "Edison 64" is now a veteran community, offering low income housing with preference to those who served. Its grand opening attracted dignitaries from around the city, and brought many veterans, like Maurice Patterson home.

"It was really hard because where I was stationed, we would get data on the wounded come through," said Patterson, who graduation from the high school in 1969.

"You guys and women were dependable. You did what you were asked to do, without any excuses. Either joined or you were drafted and went," Philadelphia Mayor Jim Kenney told the crowd.

While every inch of the building is meant to be a living memorial to the Edison 64, there is one spot in particular meant to stop you in your tracks when you walk by - a POW chair dedicated to CMSgt Samuel Walker, the one of the 64 who went MIA and never made it back home.
Report a correction or typo
Copyright © 2021 WPVI-TV. All Rights Reserved.
TOP STORIES
'Philadelphia is home:' Eagles trade Ertz to Cardinals
FDA panel endorses booster shot for J&J COVID-19 vaccine
'The Rock' surprises his fmr. Lehigh Valley high school football team
Fully vaccinated foreign visitors can start entering US on Nov. 8
Philly vaccine mandate begins today with first shot requirement
Teen in Barnard student murder sentenced to 9 years to life in prison
Bill Clinton remains hospitalized, visited by wife Hillary Clinton
Show More
Eagles' ground game obsolete in 28-22 loss to Bucs
Katherine Scott faces off with Gritty as Flyers prep for season opener
Upper Darby fourth graders suspended for pellet gun incident
Man accused of filming woman in dressing room at Willow Grove Mall
NYPD officer kills woman after finding her with partner, police say
More TOP STORIES News