New Jersey raises its threat level for white supremacists to 'high,' above ISIS and al Qaeda 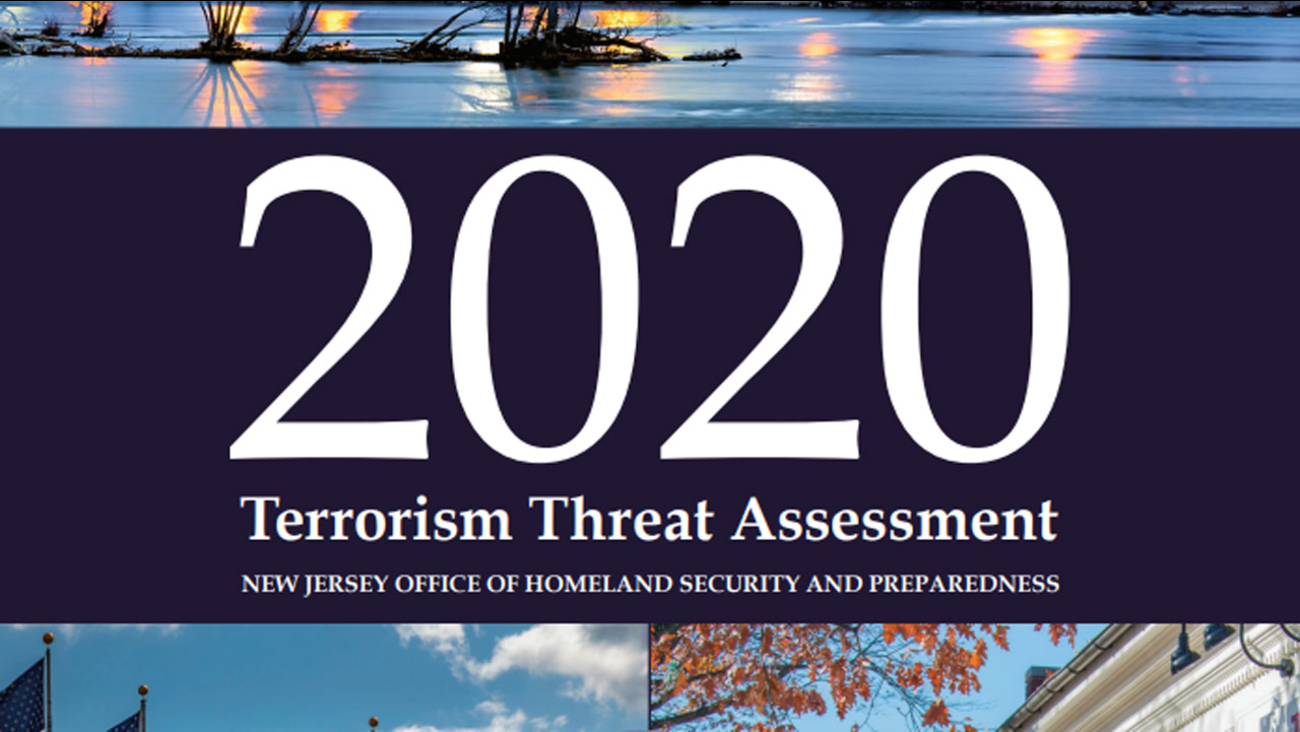 White supremacists are officially more of a threat to New Jersey than both ISIS and al Qaeda, according to state security officials.

In New Jersey's annual Terrorism Threat Assessment report, released Friday, the state raised the threat level for white supremacist extremists to "high" -- the topmost category for threat levels for any extremist group there.

The only other threat listed as high as white supremacist extremists are homegrown violent extremists, who also held the top place in 2019's report.

White supremacists were previously listed as a moderate threat, along with ISIS.

But in 2020's report, white supremacists moved up while ISIS receded one level, to "low."

White supremacists outrank Boko Haram, black separatist extremists and more than a dozen other extremist groups in the report. 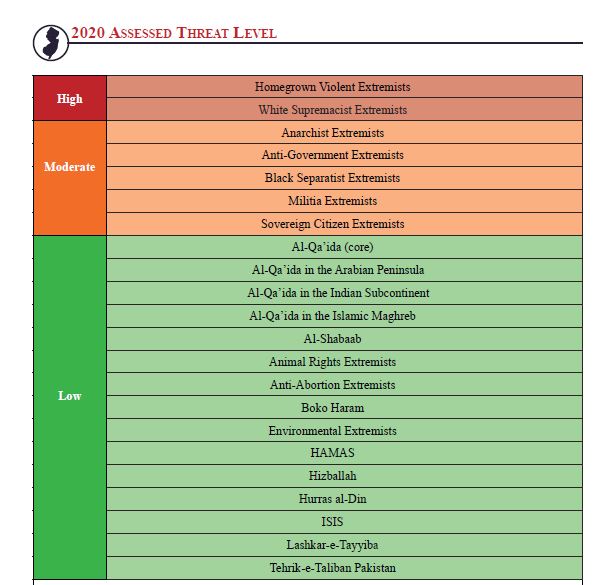 The report specifically discusses a rising threat from white supremacist extremists over the last year, referencing the El Paso Walmart shooting as an example. The shooter in that incident wrote a racist, anti-immigrant four-page document.

The report also mentions local incidents, like the arrest of a man who admitted to instructing members of a neo-Nazi network to vandalize synagogues and was accused of expressing interest in attacking black people with a machete at a New Jersey mall.

"The ever-changing threat landscape in New Jersey and around the country requires us to adjust our strategies to anticipate new threats while remaining ready to combat those already existing," said Jared Maples, director of the New Jersey Office of Homeland Security and Preparedness, in a news release.

ISIS, on the other hand, was reduced to "low" because of the group's focus on a global presence, rather than attacks on the US. Black separatist extremists went from "low" in 2019 to "moderate" in 2020's report, after two people associated with the ideology killed four at a kosher supermarket in Jersey City late last year.

The report outlines the ways white supremacist organizations in the state have actively attempted to spread their beliefs and recruit new members. According to the report, since January 2019, there have been 168 reported instances of white supremacist propaganda distribution, compared to 46 reports in 2018.

And it's not just discourse -- the report also states that white supremacist groups can turn to violence to create the social change they desire.

"Some white supremacist extremists argue that participating in mass attacks or creating other forms of chaos will accelerate the imminent and necessary collapse of society in order to build a racially pure nation," the report states.

The number of times hate groups left flyers, stickers, posters and other handouts more than doubled between 2018 and 2019 -- growing from 1,214 to 2,713 incidents, according to the ADL.