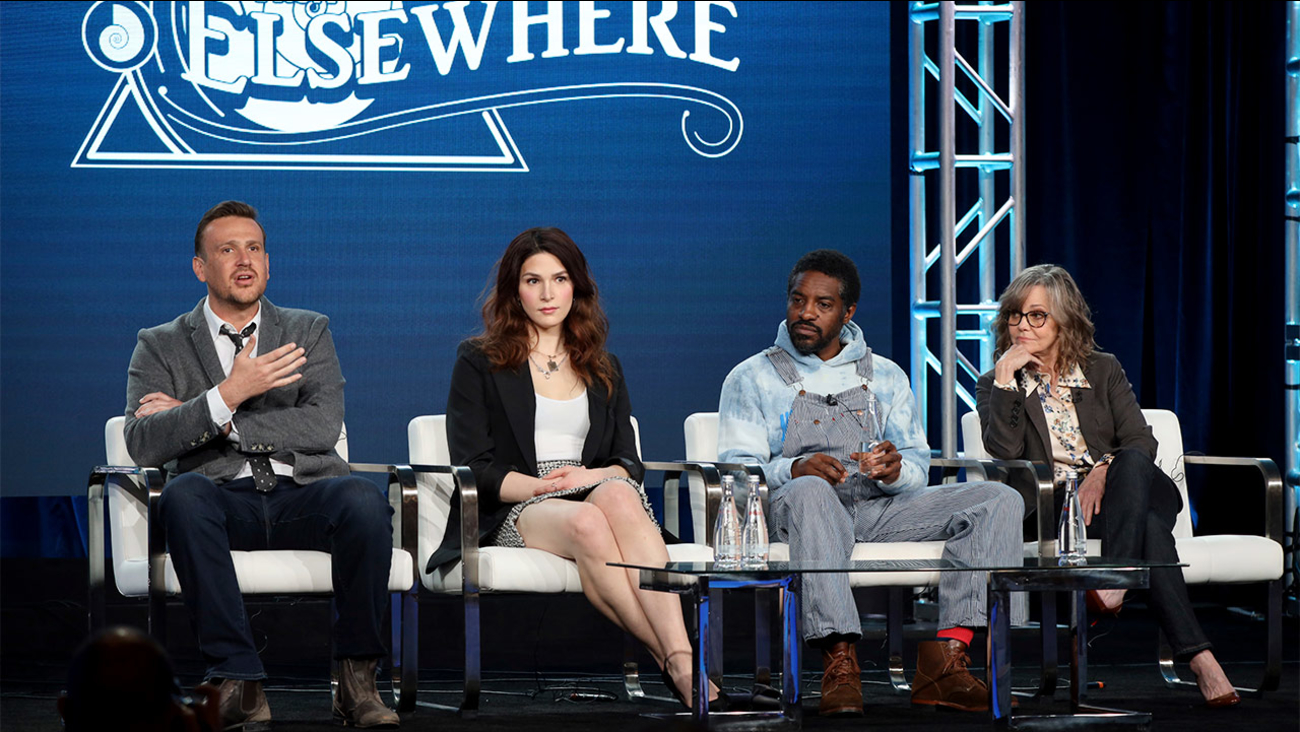 With the show, "Dispatches from Elsewhere," set to premiere next week on AMC, the cast and crew have posted a love letter to the city.

"Philly is often known for its grit, but it's also got more murals than any other city in the country. And, so, it embodies the spirit of the show in that way," said Segel, the show's creator/executive producer, who also plays the character "Peter."

In the video, Segel, Sally Field, Andre '3000' Benjamin, and other members of the cast and crew speak glowingly about their time in Philly.

"Philly is a spectacular city. Very much sort of a part of a story in a way. All of these locations where things are hidden and clues. It is a treasure hunt," Sally Field who plays "Janice," said.

Executive producer Jeff Freilich said the show was rewritten for Philadelphia, to incorporate the character of the city. He said the city inspired a change in the writing and storytelling in a way that he's never seen a location do before.

"What makes Philadelphia particular interesting for us, 'cause in a way, this show is a love letter to Philadelphia, was that Philadelphia, more than any other city that I know in this country embraces folk art, street art, murals, mosaics, festivals," Freilich said. "It encourages people to exhibit their creativity and put it on walls and put it on the ground and turn Fishtown into an art gallery."

"This show is really about finding the beauty in everyday life. And we feel that Philly's never been explored in that way," Mark Friedman, executive producer, said.

Troy Coffee, location manager, said the show does not fake Philadelphia for another city.

"It's Philly for Philly," Coffee said. "And we're just filming in one area of the city. The entire point of the show is to try to get it into as many neighborhoods as possible."

According to AMC, "'Dispatches From Elsewhere' follows a group of ordinary people who stumble onto a puzzle hiding just behind the veil of everyday life. They will come to find that the mystery winds far deeper than they ever imagined."

"'Dispatches from Elsewhere' is a show about four characters that don't see the beauty in the world around them until their perspective is flipped," Coffee said.

Segel and his fellow costars took in all the sights and sounds of the City of Brotherly Love during the filming.

"Philly's been amazing. It's really been a beautiful place to be. We try to cover as many diverse neighborhoods as we can in the show, and, so, we go to Fishtown, which we love. That's where Peter's job is and where one of our installations takes place. And we go to South Philly. We go to Rittenhouse Square. We go all over the joint," Segel said.

Andre 3000, meanwhile, got a lot of exercise in during his Philly visit.

"Philly has a lot of walking, and I walk everywhere -- from Old City to Chinatown to Rittenhouse, close to Penn, to that funny-named river that I can't pronounce to the other river, Penn's Landing -- Keep walking," Benjamin, who plays "Fredwynn," said.

Friedman said it's important for viewers to understand the diversity of the ethnic groups, the restaurants, and the neighborhoods - all the things that make Philly great.