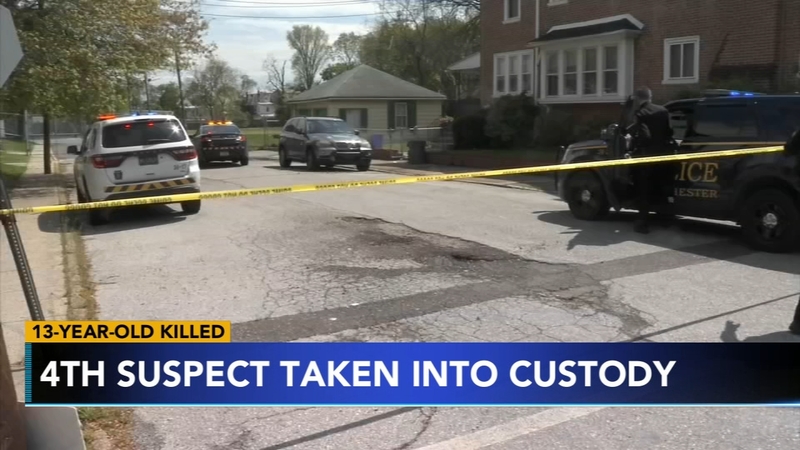 CHESTER, Pennsylvania (WPVI) -- Four people have been arrested in connection with the May 3 shooting death of a 13-year-old boy in Chester, authorities said Tuesday.

The teen was taken to Alfred I Dupont Hospital, but died a day later.