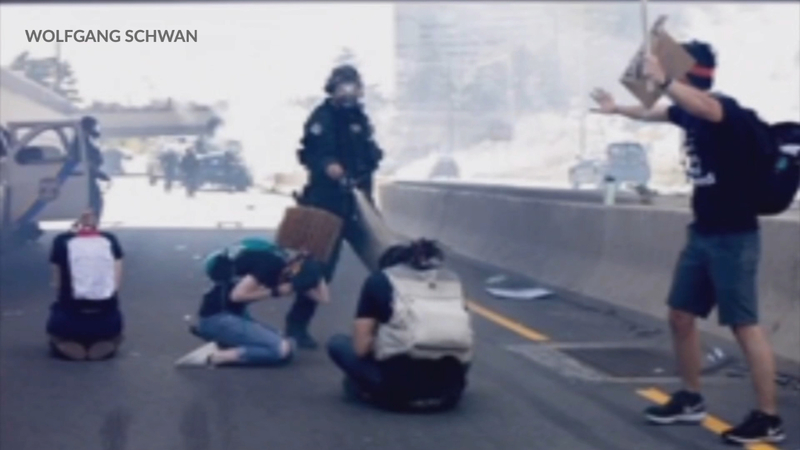 PHILADELPHIA (WPVI) -- District Attorney Larry Krasner announced charges on Wednesday against a Philadelphia police officer for his actions during a Black Lives Matter protest on Interstate 676 on June 1.

Richard Paul Nicoletti, 35, assaulted three protesters with OC spray, or pepper spray, while they were kneeling on the highway, Krasner said.

According to Krasner, Nicoletti has been charged with one count of possession of an instrument of crime and three counts each of simple assault, recklessly endangering another person and official oppression. 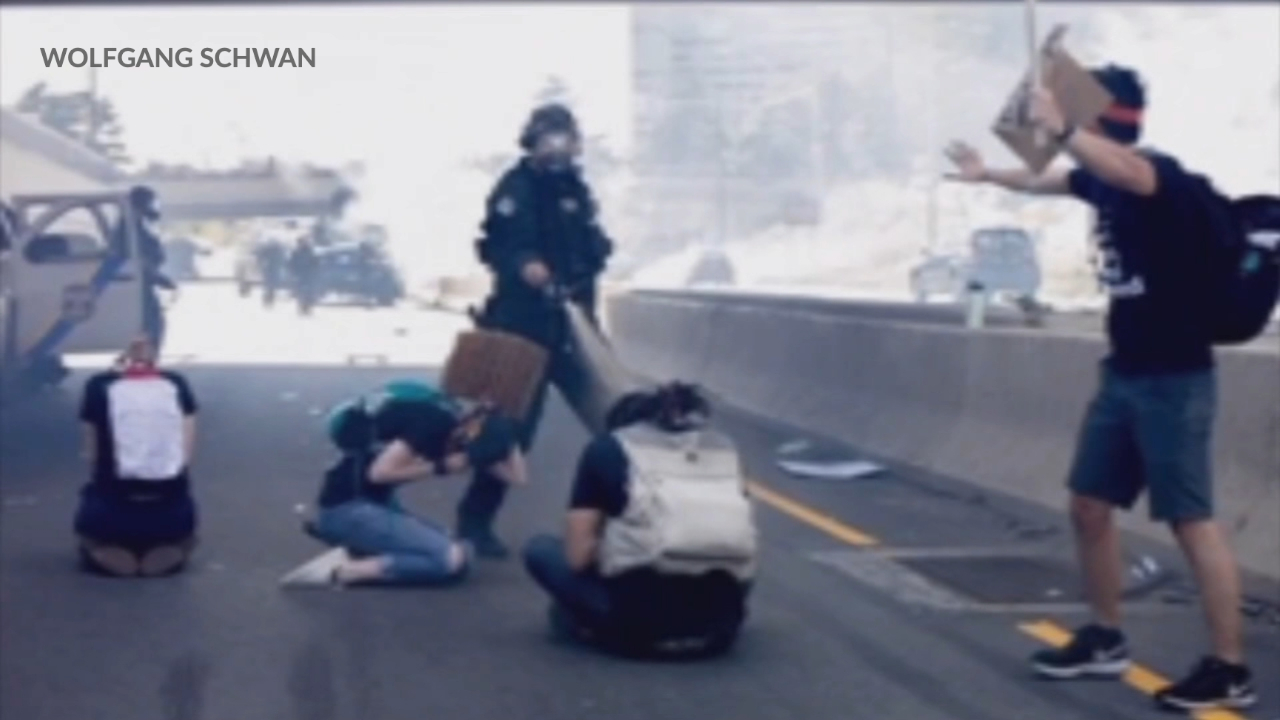 The attorney representing the protesters says the charges aren't enough.

Kevin Mincey of Mincey Fitzpatrick Ross said, "I don't think simple assault appropriately encapsulates the behavior on the Expressway. I think it rises to the level of felony aggravated assault."

A statement released by FOP President John McNesby on Wednesday said they "will provide an appropriate defense for officer Nicoletti as this process moves forward."

Nicoletti was among the state and local authorities who responded to a large group of protesters who had walked onto I-676 and stopped traffic. At approximately 5:00 p.m., the SWAT unit, including Nicoletti, wearing the full SWAT uniform and gas masks, arrived in the westbound lanes of 676 near the 20th Street overpass, investigators said.

Philadelphia Police Commissioner Danielle Outlaw and Mayor Jim Kenney publicly apologized for authorizing the use of tear gas and pepper spray on protesters that spilled onto Interstate 676.

Investigators say he then proceeded to the third protester, who was sitting hunched over to protect his face with his legs crossed. Nicoletti reached down, grabbed and threw the protester onto his back, spraying him with pepper spray while he was lying down and standing back up. Unable to see, the protester swung at the officer but did not make contact, investigators said.

The fourth protester, who was standing nearby, was not sprayed. None of the four were taken into police custody.
Report a correction or typo
Related topics:
philadelphiablack lives matterprotestpepper sprayphiladelphia police
Copyright © 2021 WPVI-TV. All Rights Reserved.
More Videos
From CNN Newsource affiliates
TOP STORIES