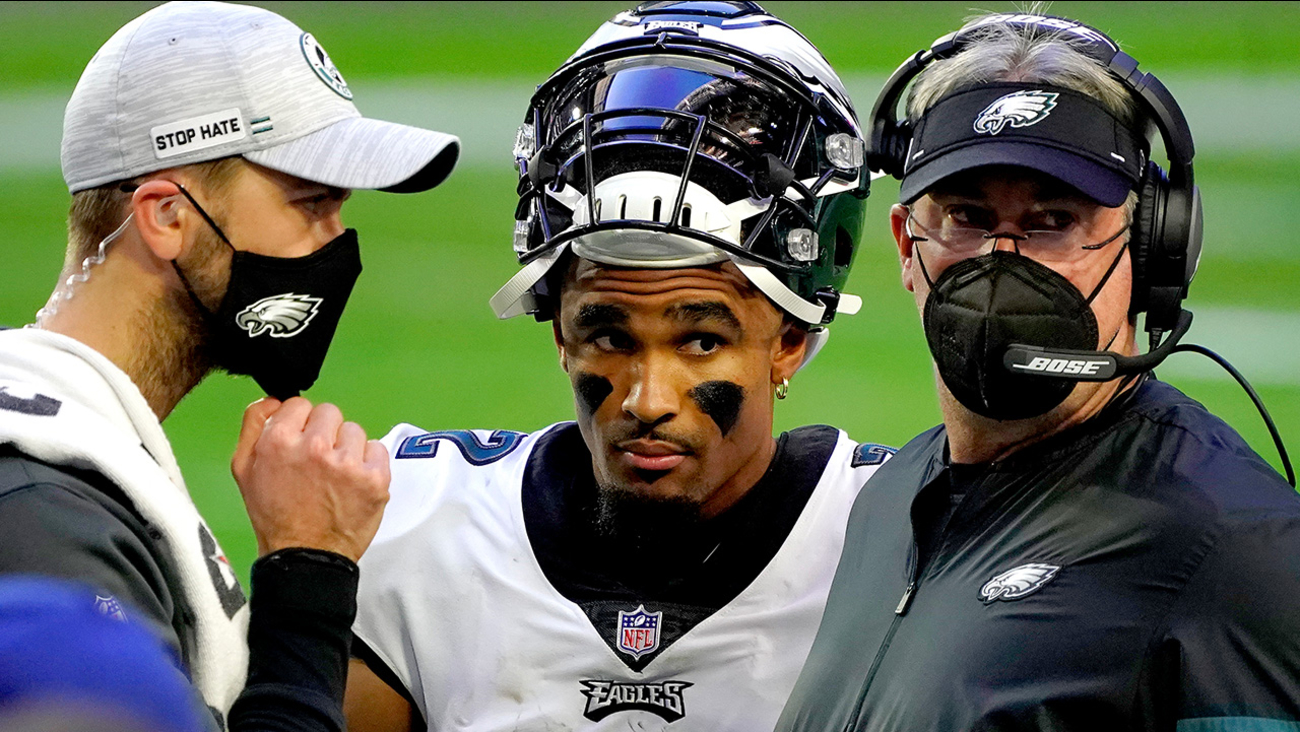 PHILADELPHIA (WPVI) -- The Philadelphia Eagles season came to an end Sunday night after a 20-14 loss to the Washington Football Team.

The Birds finished the season at 4-11-1 and head into an offseason filled with uncertainties.

Here's a quick look at some of the decisions the team will face in the offseason.

2021 NFL Draft
The Eagles will hold the sixth overall pick in the draft, their highest selection since taking Carson Wentz second overall in the 2016 NFL Draft. You can check out the Eagles full draft picks here.
According to NFL analyst and former Eagle QB Ron Jaworski, the Birds should be looking at an edge rusher/linebacker, but a No. 1 wide receiver, secondary and offensive line help are also areas the team could look to improve.

Offseason roster moves
Plenty of questions surround the veterans on this team.

Have we seen the last of Zach Ertz and Alshon Jeffrey as primary targets?

Will Jason Kelce return for an 11th season at center?

And what changes are coming on defense to strengthen a shaky linebacker corps and a secondary that was picked apart at the end of the season?

Major changes are coming to a roster that has grown old and stale since the Super Bowl.

Coaching and front office
It appears head coach Doug Pederson will return but what will be the fate of GM Howie Roseman?

Fans have grown frustrated with the GM's inability to stock the roster with talent following the Super Bowl win, and his return is questionable at best.

Who is QB1?
This will be the biggest issue facing the team this offseason.

Did Jalen Hurts show enough to take over the reins under center or will Pederson hold a competition and give Carson Wentz a shot at earning his job back?

And if Wentz isn't in the team's 2021 plans as a starter, will the Birds look to move him via a trade and try to strengthen another area on the roster?

Wentz's contract will make him tough to move but there is always a market for a starting caliber QB.