Officials say a second suspect allegedly forced the female victim to withdraw cash from an ATM at gunpoint.
WPVI
By 6abc Digital Staff 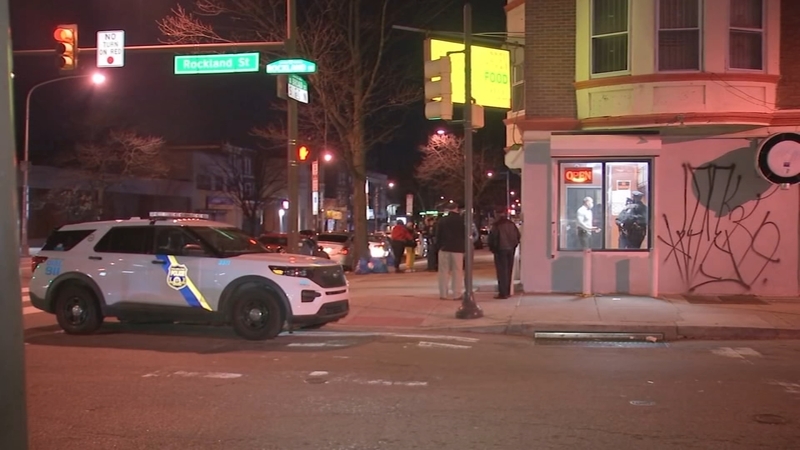 PHILADELPHIA (WPVI) -- Police are investigating an abduction of a 24-year-old woman in Philadelphia's Logan section.

The incident happened Wednesday on the 4900 block of North Broad Street.

Police responded to the scene for a report of abduction in progress and gunshots fired in the area.

Officials say a 21-year-old man and a 24-year-old woman were inside a Chinese takeout restaurant on the corner of Broad and Rockland streets.

According to authorities, the male victim exited the store and was approached by an unknown man.

The suspect then reportedly pointed a gun at him and took the victim's keys and chain.

Officials say the victim's vehicle, however, was not stolen.

A second suspect also entered the store and allegedly forced the female victim to withdraw cash from an ATM at gunpoint.

"Like, I go to this ATM down here all the time sometimes. I'm scared to even walk out because if they see you go to the ATM, they know you have money," said Deussing.

Officials say one of the suspects then fired his weapon at the male victim three times.

However, the male victim was not injured.

The suspects then reportedly took the female victim by force and were last seen headed north on Broad Street.

Police later received a tip that the female victim attempted to withdraw $3,000 from Rivers Casino on the 1000 block of North Delaware Avenue.

Once police arrived, both suspects fled the area.

The female victim was located. There were no reports of any injuries.

"People just don't know how to just make it their own way. You know what I mean. Get a job," said Walter Rivera from North Philadelphia.

Police say a gun was recovered from the scene.

However, no arrests have been made.

The investigation is active and ongoing with the Special Victims Unit.