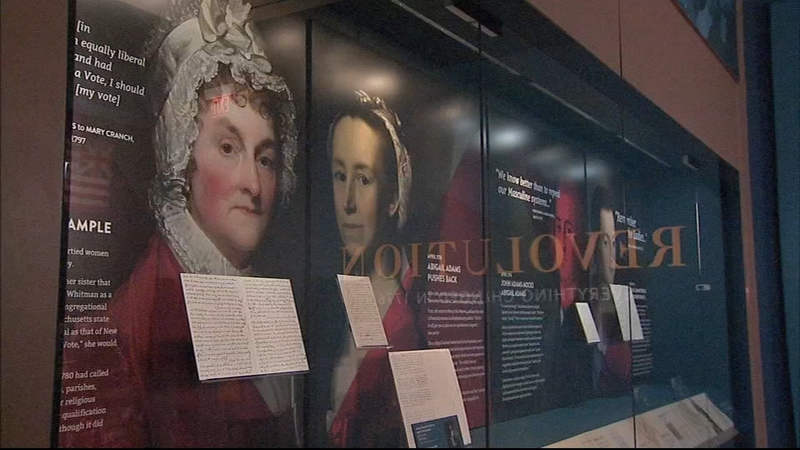 PHILADELPHIA (WPVI) -- In a letter dated March 31, 1776, Abigail Adams wrote to John Adams urging him and other members of the Continental Congress not to forget about the nation's women when fighting for independence.

This letter on loan to The Museum of the American Revolution in Philadelphia inspired local composer, Dr. Melissa Dunphy.

"I love setting really interesting cool, political texts to music," Dunphy said. "And then, I hear that the museum is bringing the letter to Philadelphia, and so then things just sort of started cooking. I was like, 'What if I write a choral piece for this?'"

Dunphy composed "Remember the Ladies" to be performed in an online concert by Philharmonia, a Philadelphia choral ensemble.

Recently, the group was able to rehearse this original work in the museum's exhibit featuring the Abigail Adams letter.

"We actually had to rehearse it via Zoom, which is nearly impossible, right? Because choirs are used to hearing each other. We tune to each other," said Mitos Andaya Hart, PhilHarmonia's artistic director.

"So we pre-recorded everything, and then we have a sound engineer who took all the parts and spliced them together so that it sounds like a choir," added Sara Harris Brown, the executive director of Philharmonia.

Hannah Boettcher, who is the manager of Special Programs for the Museum of the American Revolution, said, "We're excited to sort of learn with our new choral friends and merge this kind of music and history storytelling. I think we have kind of a combined mission of creating community."