Abington woman shot to death sitting in car in Olney

Police say 19 shots were aimed at the driver's seat.
WPVI 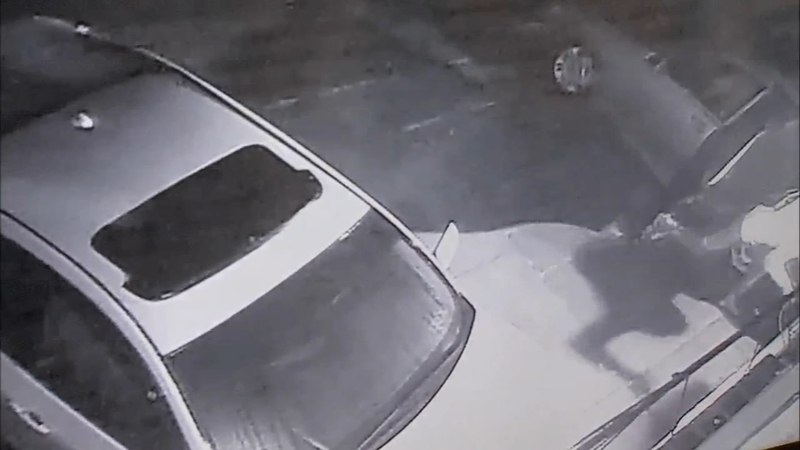 Abington woman shot to death while sitting in car in Olney

Homicide detectives believe the fatal shooting may have stemmed from some sort of dispute on social media. They are certain the 20-year-old Abington woman who was killed was simply in the wrong place when that dispute turned violent and deadly.

Though it was dark and raining outside early Tuesday morning, two gunmen in the upper left-hand corner of the screen can be seen approaching the vehicle. Police say they fired off the first of 19 gunshots.

The shooting happened around 1:30 a.m. in the back alley of a group of row homes along the 5200 block of Westford Road.

Myers was sitting in the driver's seat. She suffered a bullet wound to the upper left back and did not survive.

Two other young men in the car- both in their early 20's- somehow escaped getting hit by any of the 19 bullets that were fired.

Police said the three had been hanging out in the parked car, smoking marijuana prior to the barrage of bullets. The two who survived live in a home nearby.

Police believe Myers was not in any way part of the dispute and simply in the wrong place when the gunmen fired on the car.

Police say they received numerous 911 calls about shots being fired.

Officers and medics arrived on scene to find a 20-year-old woman shot twice in the arm and torso. She was taken to Einstein Medical Center where she was pronounced dead.

Back at the scene, two men, ages 19 and 22, told investigators that they were in the car with the victim, who was in the driver's seat, when suddenly shots rang out.

At least 5 bullet holes (of the 17 fired) in the driver’s side door where 20 year old Vic was sitting. She was killed. Two other men also in the car were not struck. Gunmen likely knew there there were people in this car as it is in a back alley, halfway up driveway @6abc pic.twitter.com/hEQfp23Nna

Nineteen shell casings were found just feet away which indicates they were fired at fairly close range.

The men were not hit. But they were unable to provide a suspect description because they say they immediately ducked once they heard the gunshots.

One of the two men is seen in the video running just after the shots were fired, while the other is later seen crawling out from underneath the car.

The brother of one of the men in the car spoke with Action News. He wanted to remain anonymous, but said he was home at the time of the shooting.

"I was downstairs sleeping and my father came downstairs yelling and I got woken up out of my sleep. I was startled and didn't know what was going on," the brother said. "You can't process it."

Police have no suspect description or motive in the shooting. They said the gunmen approached on foot but might have fled in a vehicle.

There are several other cameras along the alley that may have captured the gunmen coming or going. Police are hopeful that will provide them some much needed clues in this ongoing investigation as they search for the shooters.

Woman murdered while in car in Olney. Jeannette Reyes reports during Action News Mornings on October 9, 2018.