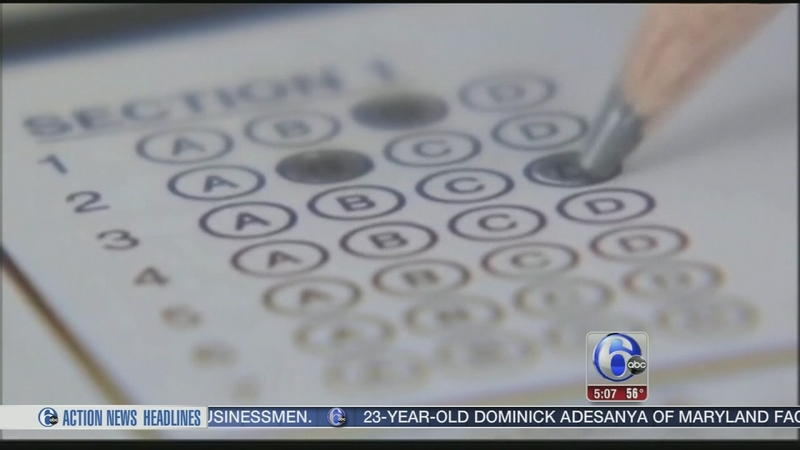 She learned just a few days ago that her September 13th test has been lost. She didn't get the news from the testing company, but rather her tutor.

Shub and the nearly 200 other students who took the test at Upper Darby are now scrambling.

Even more troubling, she says, is the response her mother received after calling ACT earlier this week.

"The woman on the phone lied and said 'they still are grading them' and my mom said 'I know they are not.' And she was like 'oh yeah, they got lost,'" Shub said.

Students are in a bind.

Early admission usually ends November 1st at colleges and students were unable to reschedule for this weekend's test to meet the deadline.

ACT tells Action News it can't comment on what any phone representatives may have told parents. A spokesperson says the missing tests should've been FedExed, not sent in the regular US mail. Why that didn't happen is under investigation.

"If he is saying they could get lost, there should be fail safes in place so that doesn't happen," parent Mark Caplan said.

Caplan's son Liam won't be able to apply early to several colleges of his choice. He and his father want to know why they were kept in the dark for so long. They believe they should've been notified of any potential problem weeks ago.

"I thought I did really well compared to my other test results, so I can't put my best foot forward and it's so competitive nowadays that I don't really know what to do," Liam Caplan said.

"There should be absolutely no way that something like this could happen. No way. It seems the ACT is just blowing it off," Mark Caplan said.

ACT tells Action News it's hopeful the tests will be recovered.

In the meantime, another test has now been scheduled for November 1st at Pennwood High School.

The company says the testing fee will be waived.