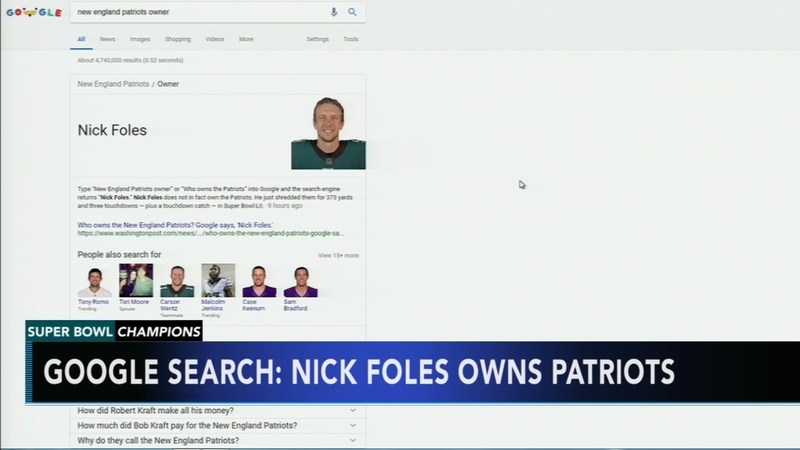 But, now, according to Google, he owns the Patriots, too!

A Google search Saturday night for "New England Patriots owner" or "Who owns the Patriots" returned the answer of "Nick Foles."

Of course, using the informal definition of owned, meaning "completely get the better of," Foles did just that, by accounting for four touchdowns against the Patriots in the Super Bowl.

Just for clarification, Robert Kraft has owned the Pats since 1994.