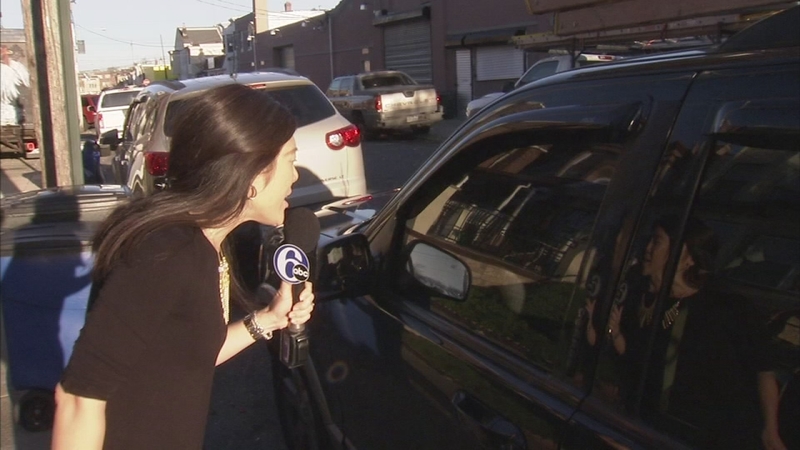 PHILADELPHIA (WPVI) -- This was news, even to me. As it turns out, in cases of contractor fraud many consumers have been turning to the wrong city agency for help, expecting officials there to take action when those inspectors have no real authority to do that.

Now that same city agency is changing the way it operates to get consumers to the right place, right away.

Antonio Dominguez was planning to expand his business, adding a new banquet hall. But that dream is delayed.

Dominguez says he gave Juan Rodriguez, owner of J&C General Contracting, more than $60,000, but the contractor failed to finish the job.

"He never came back," said Dominguez.

The Troubleshooters have talked to four other consumers with similar stories.

"Yup - walked off. Left it exactly as you see it... Just disappeared," said Charlotte Conway.

"I tried to contact him, he didn't answer my phone calls," said Bonnie Ibisi.

I confronted Rodriguez and asked him if he had anything to say to his customers.

"I'm an employee of DSV. I don't own DSV," Rodriguez said. "I called my lawyer. He'll be in contact with you shortly, okay?"

However, the attorney Rodriguez points me to tells me he does not represent the contractor.

Back to Rodriguez's alleged victims, they all tell me they complained to Philadelphia's Department of Licenses and Inspections.

"It astounds me that they know this is happening to citizens and they're not doing anything to stop it," said Michelle Mariassy.

Dominguez says Rodriguez gave him a bogus L&I document as proof of an approved permit.

"When I went to L&I to pick up the permit, they say, 'No, this is fake paper,'" Dominguez said.

So why no action from L&I?

"This is fraud. This is a crime," said Karen Guss of the Philadelphia Department of Licenses and Inspections. "L&I is a code enforcement agency. We can't... we don't prosecute crime."

But a L&I inspector in the agency's compliance department requested information, and these consumers complied.

"And he said, 'Okay, we'll take care of it.' But he knew of Mr. Rodriguez and I never heard a word back from him," said Charlotte Conway.

So I asked L&I, "All of these complaints, all of this correspondence and documentation that the L&I inspector requested of these alleged victims of Juan Rodriguez - that all just went into a black hole? Nothing was ever done with them?"

I asked Guss if she can see why these consumers would have expected L&I to do something.

In light of all this, L&I's commissioner promises his relatively new administration is, and in fact has already taken action.

"We're sorry that the inspectors wasted their (the victims') time with this investigation. We've shut down that unit," said L&I Commissioner David Perri.

L&I has also updated its website, and the agency is now immediately referring citizens with fraud complaints to agencies that can investigate and prosecute.

To expedite matters now, the Troubleshooters took the case directly to the Philadelphia District Attorney's Office.

"I know right now at least two of these individuals have already called. I've spoken to the head of that unit already - she's on it," said Cameron Kline of the Philadelphia District Attorney's Office.

So, if you believe you've been defrauded by Juan Rodriguez or any home improvement contractor, you need to go to the District Attorney's Office or the Pennsylvania Attorney General's Office. They do have the power to investigate and prosecute fraud.

Home improvement contractors are not even required to have a contractor's license through Philadelphia's Department of Licenses and Inspections. In most cases, however, they do have to be registered with the Pennsylvania Attorney General's Office.

Charlotte Conway had already filed a report with that office, but the attorney general wants any additional complaints and has promised to now make this case a priority.

Email the Pennsylvania Attorney General at scams@attorneygeneral.gov or call 888-520-6680. Call the Philadelphia District Attorney's office at 215-686-8000.

More information on home improvement contractors are at these links: