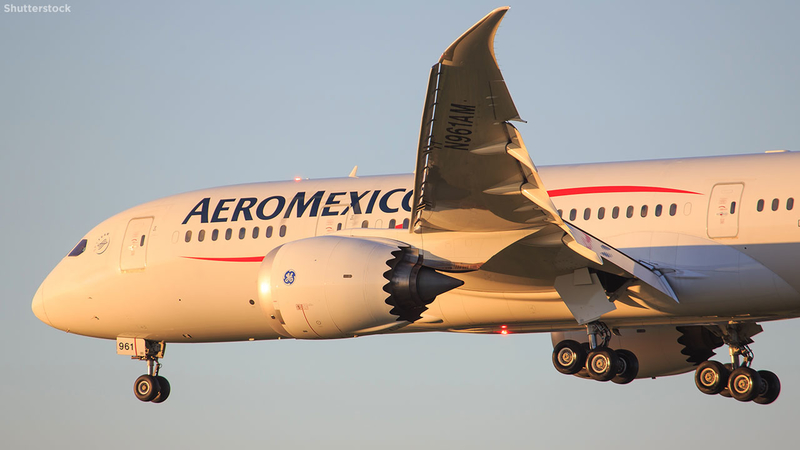 If you've got Mexican heritage, Aeromexico's got a deal for you.

Mexico's national carrier unveiled what it's calling the "DNA discounts program" in an ad several months ago. The clip went viral on Thursday, 27 days into the longest government shutdown in history, which began in December due to a fight between President Trump and congressional leaders over funding for a wall along the border that the U.S. shares with Mexico.

The commercial appears at first to be an attempt to boost tourism, but it also has definite political undertones.

The airline goes to Wharton, Texas, what it calls a "typical American town," to ask residents why they don't consider a visit to our neighbor to the south.

"That's not my cup of tea," one woman says of visiting Mexico.

"Let me stay here in peace and let those folks stay on their side of the border," another man in the commercial says.

A third man says he likes tequila and burritos, but not Mexico.

Aeromexico points out that there are many Mexican descendants, especially throughout the southwest, since Mexican immigration goes back to the 1800s. In an apparent attempt to overcome these Americans' apparent dislike of Mexico, the airline tries to entice them by offering them a discount based on how much of their DNA is Mexican.

Some of the people in the commercial seemed irritated or in disbelief to learn that they are part Mexican, but most were amused or excited by the airline's deal.

"I love discounts," one woman says after learning she's 15 percent Mexican, and therefore eligible for a 15 percent discount on a flight there under the airline's program.

The commercial concludes with the tagline, "There are no borders within us."