102-year-old dancer sees herself on film for first time 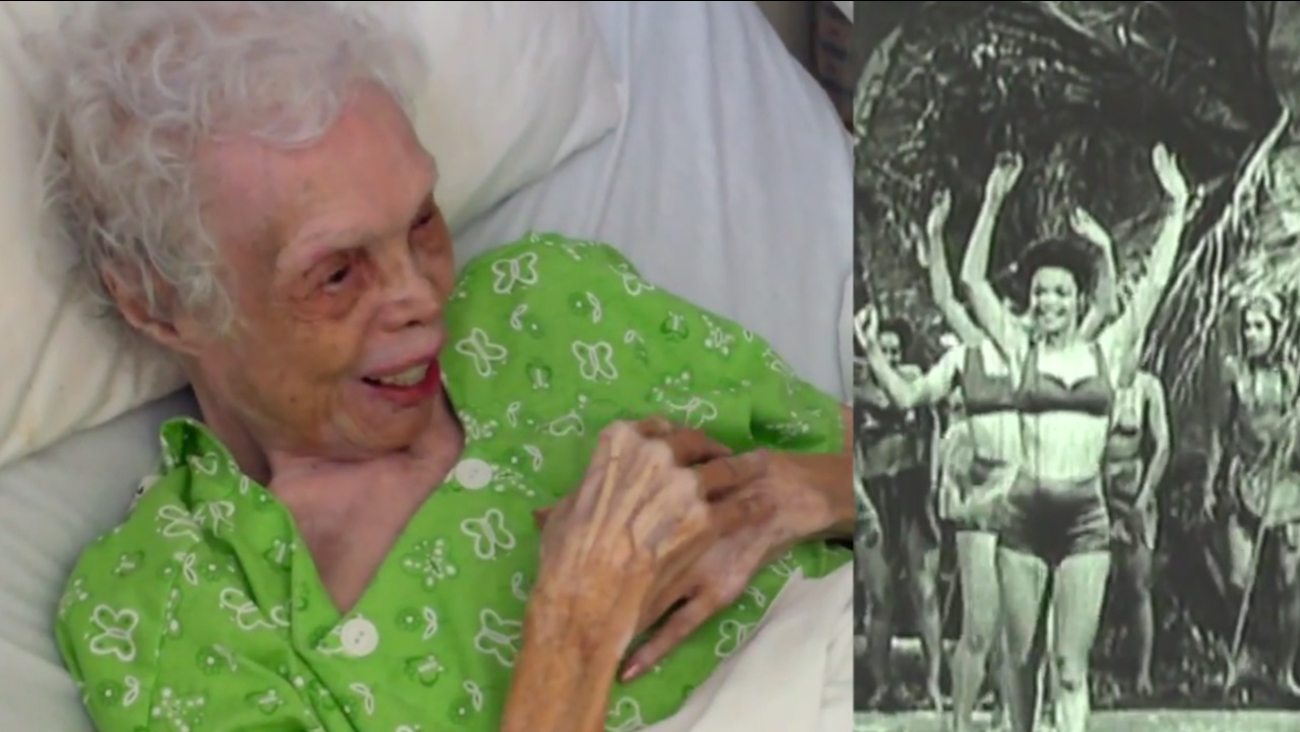 "Don't mean a thing if it ain't got that swing." An elderly dancer finally got to see herself strut her stuff on film for the first time in the earliest music videos ever made recorded.

Alice Barker, 102, was a chorus line dancer during the Harlem Renaissance of the 1930s and 1940s, dancing at legendary clubs such as The Apollo, Cotton Club, and Zanzibar Club with the likes of Frank Sinatra, Gene Kelly, and Bill "Bojangles" Robinson.

Despite having danced in numerous movies, commercials and television shows, Barker had never seen any of them and had lost all of her old photographs and memorabilia over the years.

Enter David Shuff, who met Barker while visiting the nursing home where she currently resides. After having heard of Barker's remarkable career more than 70 years ago, Shuff teamed with jazz film preservationist Mark Cantor to find the old "soundies" Barker had danced in.

Shuff showed Barker three short jazz films that she had starred in, recording her reactions on camera. Often mesmerized while watching herself, Barker erupts in glee at times, saying all the memories of the time come flooding back to her.

When asked how watching herself dance made her feel, Barker responded, "Making me wish I could get out of this bed and do it all over again."

On Reddit, Shuff said that the nurse now plays the soundies on the big TV in the communal room regularly.

Shuff says he hopes Barker will get the adoration she deserves, asking fans to send her mail to the following address: