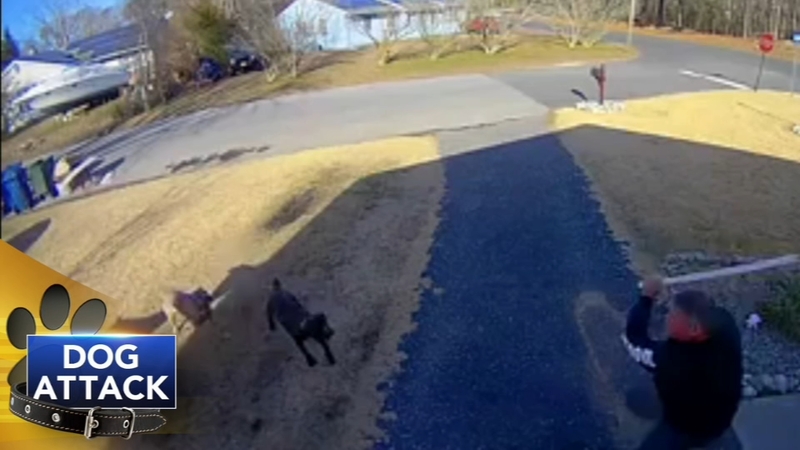 Video of the attack shows a man holding off the three dogs in the Mystic Islands section Monday afternoon.

Before they were caught, police say they bit six people. Police say four people were taken to the hospital by ambulance after the attack, and one woman's arm was bitten down to the bone.

Police seized a trio of dogs Monday afternoon after surveillance video shows them going on a rampage through a Little Egg Harbor Township, New Jersey neighborhood.

"The people were terrorized. They didn't do anything at all to provoke these animals," said Little Egg Harbor Township Police Chief Richard Buzby.

On Friday, police said the dogs were not vaccinated and they believe there may be other victims of the attacks.

Anyone who was attacked by the dogs should seek medical attention immediately.

Police say the dogs belong to Esau Morales, 26, and say these dogs have attacked before.

In fact they were seized in December after police say they bit a woman, but they were returned to Morales after investigators say he misled to a municipal court judge, saying two of the dogs belonged to someone else.

Police say the dogs are in custody at the Southern Ocean County Animal Shelter, and will not be returned to Morales.