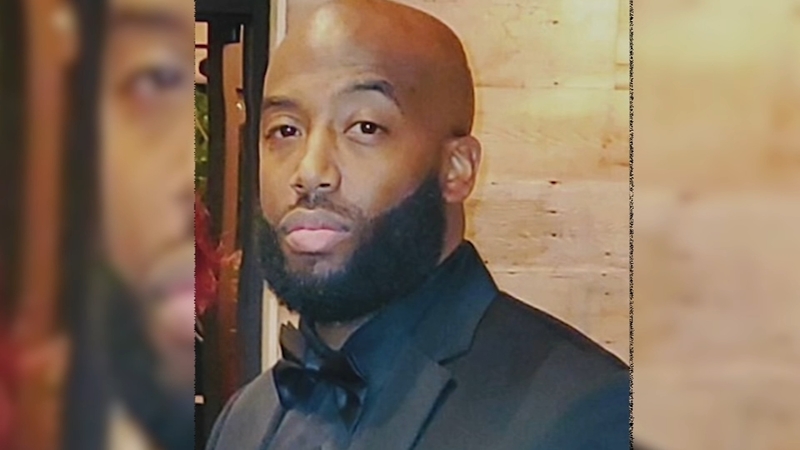 PHILADELPHIA (WPVI) -- The father of Anrae James says he was extremely proud of the man his son had become.

"He was an asset to society, raising up a good family," William James told Action News.

Police say the suspect drove a U-Haul to the hospital and walked inside wearing blue scrubs.

Shockwaves rippled throughout the hospital after news spread of a shooter inside the building.

"A lot of people didn't know what was going on," said Shae Spicer, a registered nurse at Jefferson. "A lot of people on that side of the building on the higher floors could hear gunshots so they immediately went into action and hid."

Action News is learning new details about the nursing assistant who was gunned down inside a Philadelphia hospital and the person who shot him.

Surveillance video reportedly shows Hayes walk up behind James and open fire while he was seated at his work station, according to sources. Hayes then allegedly kept firing as Anrae tried to run away.

Hayes, who police say was armed with multiple weapons and equipped with body armor, then fled the hospital in the U-Haul. He later shot and wounded two officers before being wounded himself by police returning fire.

William James says Anrae is survived by his wife and children, two girls and a boy.

"(He) participated in sports with his 11-year-old son, took his daughter back and forth to work and had two jobs. He was a good man. And for him to go out like that from someone like that is heartbreaking," William James said.

"My son a good man he had two jobs," said William James. "(He) participated in sports with his 11-year-old son, took his daughter back and forth to work and had two jobs. He was a good man."

But he's also confused about how someone could get weapons inside of the hospital. The suspect was taken to Penn Presbyterian Medical Center in critical condition but is expected to survive.

"How did he get in there with a gun?" asked William James. "I just hope (Hayes) lives so I can see him cause I just want to see what kind of individual this is."

A spokesperson for Jefferson Hospital said in a statement, "Our hearts are broken as we stand together to remember our colleague and recognize his teammates who tried to save him and protect other patients in the area."

The hospital said it would conduct a thorough review of safety protocols after the incident.

Spicer said she hopes this is a wake-up call for the hospital to improve security measures.

"It's definitely a concern for all of us that someone could walk in with a weapon like that or multiple weapons and can do that to one of our own staff," she said.

Along with his job at Jefferson Hospital, Anrae also worked as a barber for many years at Custom Cutz in the city's Ogontz section.