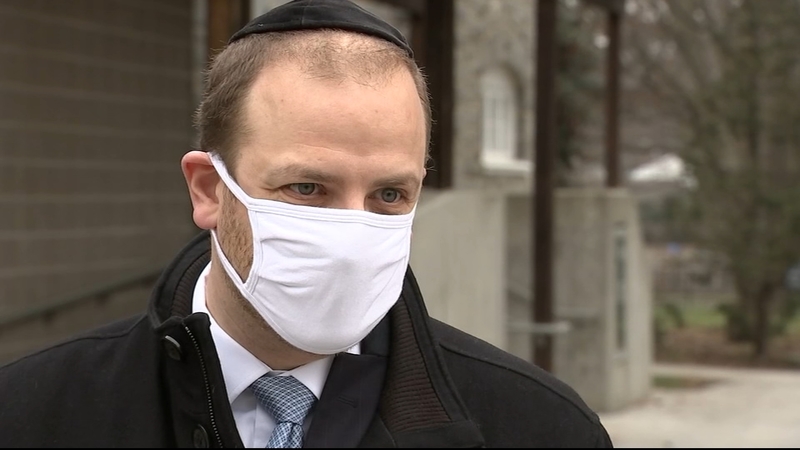 Jewish community on edge ahead of Inauguration Day

PHILADELPHIA (WPVI) -- The FBI is issuing a warning that there is "substantial danger" to the public and law enforcement officers during upcoming protests ahead of President-elect Joe Biden's inauguration, according to a new awareness bulletin obtained by ABC News.

Shira Goodman of the Anti-Defamation League says the Jewish community is on high alert after pictures of insurrectionists wearing anti-semitic clothing and carrying Nazi flags circulated out of the Capitol attack last week.

"To see those images - a shirt that says "Camp Auschwitz," a Nazi flag, a Confederate flag, the noose - was chilling," said Goodman.

The FBI along with Philadelphia and Lower Merion police departments said there are no credible threats in the region at this time but added everyone should be on alert.

"We have to take extremists at their word, so we've seen increasingly violent rhetoric, we've seen violent demonstrations, and then we saw what happened last week," said Goodman. "So this is a serious threat, and people should be mindful."

Gross says he wasn't surprised at the most recent display of anti-Semitism at the Capitol.

Over this past summer, Gross says there were security concerns.

"There were some Jewish businesses that got attacked over the summer, and I think this is just a heightened awareness that our community has," he added.