Those five and another firefighter who later strained his back fighting the blaze were taken to hospitals for treatment, fire officials said. Many of them had broken bones.

City fire Commissioner James Mack called the fire "suspicious" and said investigators were trying to determine if it was arson.

"The job is dangerous. We don't need situations in this city where people are starting fires," Mack said. "People think this is a joke or think it's funny. But we don't need it, because people can get hurt. People can get killed."

Fire personnel arrived at the scene at 5 a.m. and extinguished the blaze, but it rekindled more than two hours later after they had left, Mack said.

Firefighters returned and entered the building, and bricks and other debris fell on them, the commissioner said.

Detroit Mayor Dave Bing said he was "saddened and disappointed," to hear it may have been arson.

It is "our responsibility as a community to help put an end to the dangerous and irresponsible behaviors that put all of us at risk," the mayor said in a statement.

By midmorning, clouds of dark smoke that earlier shrouded the scene had weakened into a lighter white fog as crews poured water on top of the building, which housed a phone business, beauty salon and liquor store.

"This is really quite shocking. It's a punch to the gut," said Joshua Elling, director of a neighborhood business association.

The building is about five miles from downtown Detroit and just west of the suburb of Grosse Pointe Park. 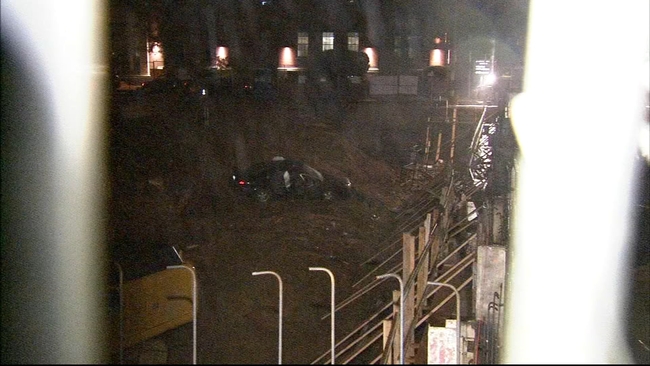