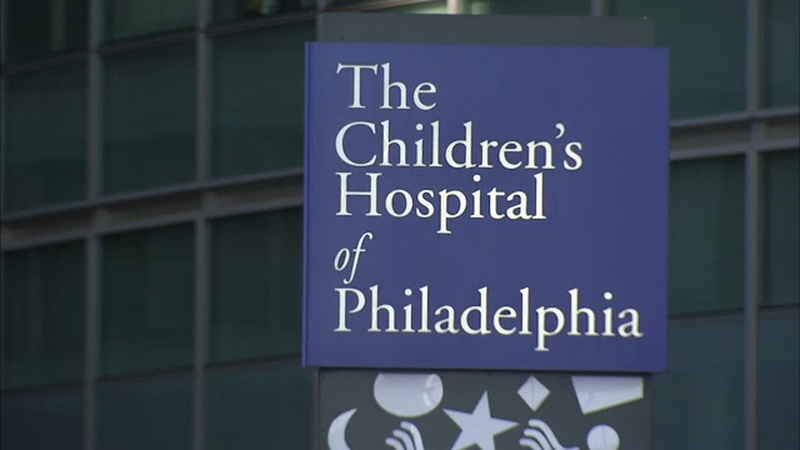 Healthier homes for kids with asthma through innovative CHOP program

PHILADELPHIA (WPVI) -- Children's Hospital of Philadelphia is in the midst of its annual Daisy Days fundraising campaign.

This year, proceeds from one event in the campaign go to an innovative program helping asthmatic kids have healthier homes.

And a West Philadelphia family was one of the first to take part.

"That's the one," says 4-year-old Shai, with a bright smile.

Shaneena Stevenson's daughter is anything but shy. But when her first asthma attack hit, it left the bubbly little girl speechless.

"We were running errands," Shaneena recalls. "I came around to her side of the car to get her out, and was like (panting). It was scary, but you could see her (panting) and I'm like, 'Oh God'."

It took an overnight stay at Children's Hospital for Shai's breathing to return to normal. Not long after, Shai caught a cold, which triggered another attack and another trip to the emergency room.

Asthma is a major problem among Philadelphia's children.

"One out of four have been diagnosed with asthma, and probably some haven't been diagnosed," says Dr. Tyra Bryant-Stephens, founder of the Community Asthma Prevention Program of Children's Hospital of Philadelphia.

For 20 years, CAPP has worked on educating parents on controlling asthma triggers in the home.

"The ones we're focusing on are mold, dust, and pests - meaning roaches and mice. The most common or prevalent trigger for inner city children tends to be mice and cockroaches," says Dr. Bryant-Stephens.

"It has rotted some of the joists," says a PHDC inspector in January, as the repairs began at the home.

Her home also had a small water leak and dampness in the basement. Deteriorating wood in the kitchen cabinets and a kitchen window sill invited roaches and rodents.

Dr. Bryant-Stephens says in a pilot program to repair ten homes there were common projects.

"We've done some excavation of basements, we're doing some sealing of basements where there's a lot of leakage, a repair of some windows," she says. "Almost every home, we've done the floors, either in just the child's bedroom or the house. A lot of kitchens have gas stoves with no ventilation, or if they have ventilation, they're not ventilated properly."

"Here is where my shower stall was," says Shaneena, as she proudly gives a tour of the repairs.

She now has a fresh bathroom, kitchen, and first-floor ceilings - and a healthier daughter.

"It has made such a difference in her breathing," Shaneena notes, adding, "She's running and playing and I can really see the difference."

She says when she learned about the program and that she might qualify, she told the asthma program representative, "Let's go!" She felt at ease with the contractors, since they were closely vetted.

"I literally gave them the keys to the house and I didn't worry about it. You don't have to figure out how to finance it or anything like that. It's not a concern," she says.

She was delighted with the effort they made.

"I liked the fact they really, really care about her breathing," she says.

CAPP+ is also a boost for smaller-scale contractors.

"(Contractors) who may not have a chance to work on larger construction projects but who are perfectly skilled and certified to do work like this. Think of what we can do if we keep those kids health and out of the hospital," says Peter Grollman, vice-president for external affairs at Children's Hospital.

"We see a reduction in emergency room visits and hospitalizations to the tune of 30 to 50 per cent," says Dr. Bryant-Stephens.