What you should know before buying your next used car 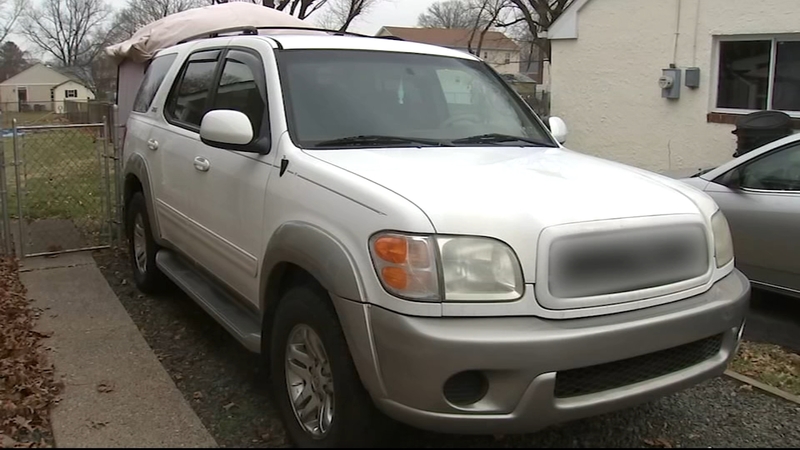 What you should know before buying your next used car

BENSALEM, Pennsylvania (WPVI) -- The next time you're in the market for a used car, you need to be aware of a troubling issue that the Action News Troubleshooters have uncovered. It's something that could put you, your family and others at risk while on the road.

It might surprise you to know that used car dealerships are not required to fix a recall or service issue on the vehicles they sell. In fact, in some states, they don't even have to tell you about them.

Dave Greer is paying for a vehicle that sits in his driveway because he doesn't feel it's safe to drive.

"I don't know what to do. It's frustrating because I have a vehicle that's not worth anything right now," he said.

Greer bought the SUV used from a dealership.

"That's a hole right there," he said, describing the condition of the vehicle.

He says the entire steel frame is rusted.

It turned out when Greer bought the SUV, it was the subject of a repair campaign by the automaker for frame corrosion but he never knew it.

Matt Stevenson, of Morrisville, Pennsylvania, said he almost bought a vehicle that was the subject of a recall!

"They didn't tell me anything about recalls until I was signing the paperwork," he said.

"A used car dealer can knowingly sell a car that has a recalled problem due to a safety defect the manufacturer has identified," said Executive Editor of Consumers' Checkbook Magazine Kevin Brasler.

In Pennsylvania, dealers must disclose open, unremedied recalls in writing.

In New Jersey, they must disclose that a car has a defect but dealerships are not required to repair issues before the sale.

"New Jersey law requires used car dealerships to disclose 'any material defect in the mechanical condition of the used motor vehicle which is known to the dealer' prior to sale. The Division of Consumer Affairs also provides tips for consumers buying a used car. Consumers who believe they have been cheated or scammed by a business, or suspect any other form of consumer abuse, can file an online complaint with the Division by visiting its website or by calling 1-800-242-5846 to receive a complaint form by mail," said the NJ Attorney General's Office in a statement.

Checkbook magazine recently did a survey of 600 cars with recalls on them being sold by dealerships and of those, it found 227 cars had not been repaired.

"Some of these safety recalls, they put were put in place because there were deaths or injuries," Brasler said.

The good news is you can avoid getting a car with problems with just one simple check.

Plug in the VIN of any car you might buy into the National Highway Transportation Safety Administration website.

"There's a lookup tool there and it will tell you right away whether there are any open safety, recall problems with that car," Brasler explained.

It will show you any service campaigns and open recalls. Also take the vehicle to an independent, reputable mechanic for a pre-inspection. And ask the dealership for a Carfax report so you have the vehicle's history, including service records.

"The Used Car Safety Recall Repair Act, introduced in the U.S. Senate by Richard Blumenthal (D-Conn.), would do just that.

NADA is fighting against laws like the one proposed by Sen Blumenthal. It has instead sent model legislation to states that would allow dealers to sell vehicles with known recalled defects as long as they notify buyers of the problems. That type of law has been adopted in Pennsylvania (and Tennessee, but it failed to pass in 10 other states where it was considered, including New Jersey).

So, in Pennsylvania, a dealer now merely must notify a customer he or she is buying an unsafe defective vehicle; there's no requirement to actually fix it. The law NADA proposed that was passed in Pennsylvania provides car dealers legal cover for selling a product it knows is unsafe. Such a law actually provides an effective incentive to NOT bother fixing known safety defects. This law and others like it are referred to as "license to kill bills" by consumer groups. Instead of protecting consumers, these laws provide a legal mechanism to continue to pass responsibility to drivers to address dangerous defects, while continuing to put their lives at risk.

Disclosure is not enough. When buying a car, consumers are already provided so many government-mandated disclosures that it's easy to miss important information. Car dealers should be required to do what's needed to make their products safe before reselling them. And carmakers should do more to make sure vehicles are manufactured with fewer defects."
Report a correction or typo
Related topics:
automotivebucks countyaction news troubleshooterscar tipsconsumer
Copyright © 2021 WPVI-TV. All Rights Reserved.
TOP STORIES
Tornado Warning in Bucks and Northampton counties
Tornado watch vs warning: What's the difference?
Police seek to dispel rumors about house explosion
Woman killed in Center City during hit-and-run spree identified
Montgomery Co. recommends universal masking in schools
Biden calls on states to offer $100 to those who get vaccinated
TikTok star on life support after movie shooting that killed friend
Show More
Car split into two in Maple Shade, driver walks away
Nationals COVID outbreak: All but 1 were vaccinated
Hurts, Sirianni have plenty to prove at Eagles camp
USA's Suni Lee wins all-around gold
NJ woman hospitalized after capturing marriage proposal
More TOP STORIES News