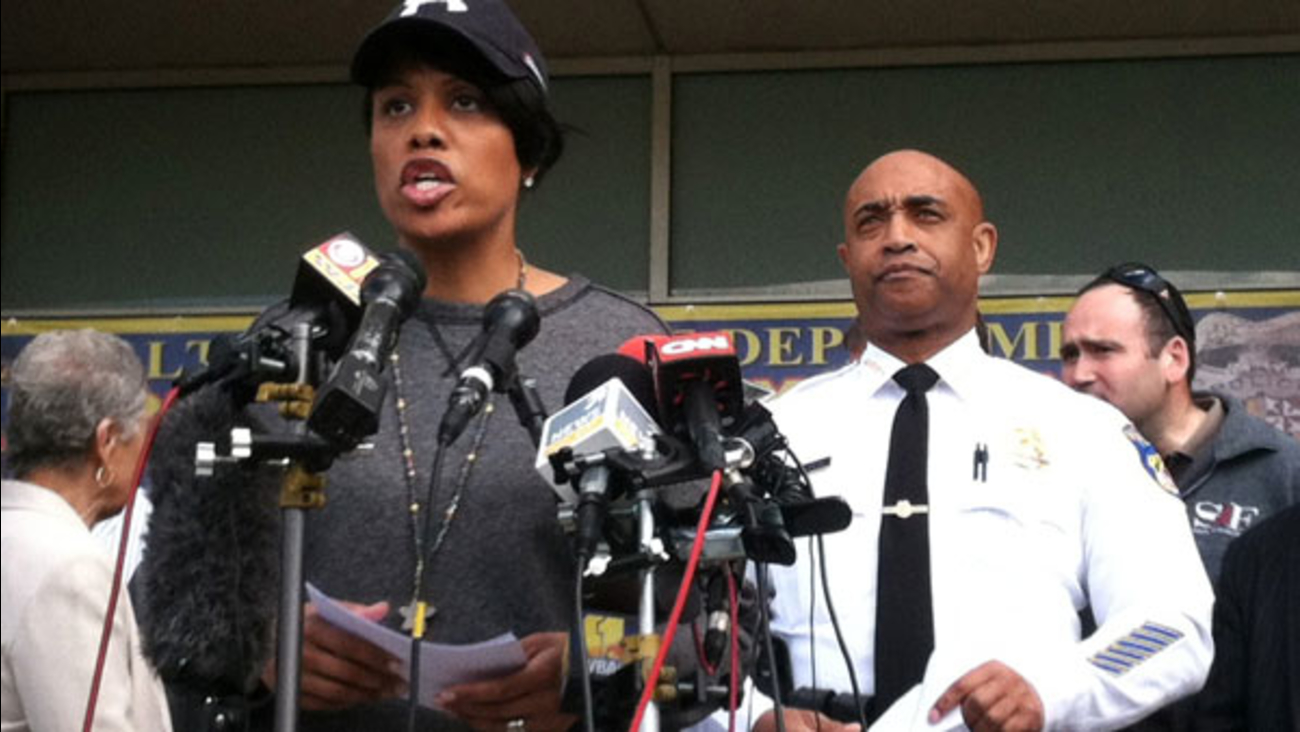 BALTIMORE -- Baltimore Mayor Stephanie Rawlings-Blake said Wednesday that she has fired Police Commissioner Anthony Batts, 2 1/2 months after the city broke out into riots following the death of a man who was injured in police custody.

Rawlings-Blake announced her decision in a three-paragraph news release that also noted she has named Deputy Police Commissioner Kevin Davis as interim commissioner.

The mayor scheduled a news conference with Davis for later Wednesday afternoon.

Rawlings did not give a reason, but the move comes amid a spike in the city's homicide rate.

Baltimore was rocked with civil unrest in late April after black resident Freddie Gray died one week after suffering a critical spinal injury in police custody. Six police officers have been criminally charged in Gray's death.

Since the rioting stopped, the city has seen a sharp increase in violence, with 155 homicides this year, a 48 percent increase over the same period last year.

The U.S. Justice Department is conducting a civil rights review of the department, and Batts has been criticized by the Baltimore police union.

On Tuesday, the police department announced that an outside organization will review the department's response to the civil unrest that followed Gray's death. Most of the unrest took place on April 27, prompted by Gray's death on April 19.

He has had more than three decades of experience in law enforcement, according to his biography on the Baltimore Police Department website, including serving as chief of police in Long Beach, California, and Oakland, California.

He started his career in 1982 as an officer with the Long Beach department, working his way up to chief over a 20-year span. He also served as city manager of Long Beach for four months and taught at California State University, Long Beach. He was chief in Oakland for two years, from 2009 to 2011.

He is a father of three children.