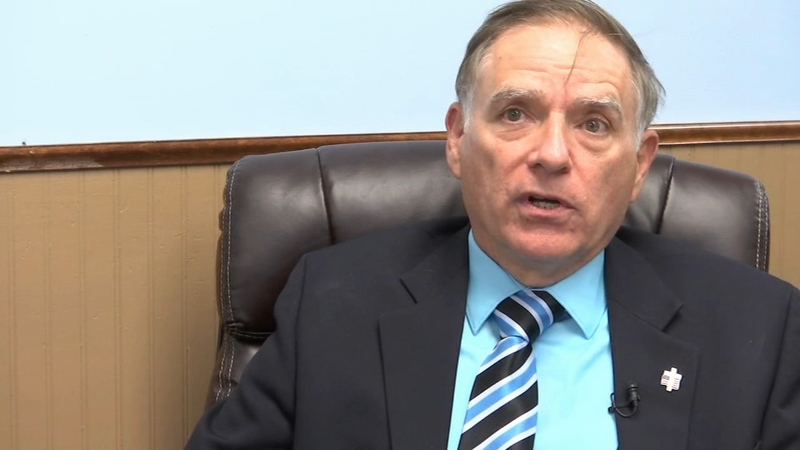 BARNEGAT TWP., New Jersey (WPVI) -- The mayor of Barnegat Township, New Jersey has launched a campaign against a new law that will require public schools to teach LGBT history and the contributions of prominent LGBT individuals.

Mayor Alfonso Cirulli turned some heads during Tuesday's township committee meeting with a personal opinion that he said does not represent the entire committee.

During the mayor's report, Cirulli spoke out against the new law, saying, "No group has a right to force others to comply with their beliefs, deprive them of their First Amendment rights, and strip the rights of parents of how to morally raise their children."

Cirulli urged residents to contact the governor and other lawmakers, asking them to reverse the law.

The legislation was signed into law in January, requiring New Jersey public schools to incorporate LGBT history into the curriculum for middle and high school students. It will take effect for the 2020-2021 school year.

After the mayor spoke on Tuesday, folks on both sides of the issue spoke up.

Bridget Nunn, a mental health clinician, said, "I am someone who has counseled many adolescents who are transgender. I know the painstaking struggles that they and their family go through."

"If I want to opt my child out of that curriculum, you should be allowed to do it," said Novak.

Action News spoke with Mayor Cirulli who is a former teacher and assistant principal.

"This tramples First Amendment rights, especially religious freedom. Because you're crossing into a realm that I believe as an educator--education should not be crossing into," said Cirulli.

Most of the people we spoke with did not agree with the mayor.

"My opinion is that I think it should be taught in school," said Ines Carvalho, whose daughter is about to enter fifth grade.

Resident Judy Cobb said, "I think it's fine to be taught in schools. I think children should get a broad education and learn about what's happening in today's world."

LGBTQ advocacy group Garden State Equality responded with the following statement: "It is deeply troubling that Barnegat's Mayor is opposed to building an inclusive and affirming environment for LGBTQ youth, especially considering that Garden State Equality worked so closely with the school district to successfully implement transgender student guidance last year. Moreover, the Mayor's views are in stark contrast to educators within the district, two of whom are contributing to our curriculum development."

A spokesperson from his office responded saying, "Governor Murphy was honored to sign legislation making New Jersey the second state in our nation to ensure that the history of the LGBTQ+ fight for equality is enshrined in our public school curriculum. The Governor believes that teaching students about the significant contributions and diverse histories of our LGBTQ+ brothers and sisters will help build accepting and welcoming communities."