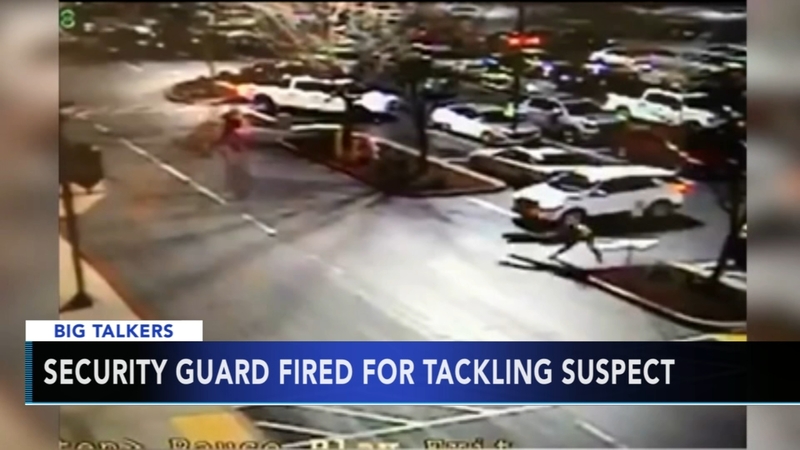 A California sheriff's department is thanking an Army veteran who put himself in harm's way to help one of their deputies, even though it cost him his job.

Surveillance video shows the former security guard, who only wants to be identified as Tyler, tackling a suspected thief in the parking lot of Best Buy.

Tyler saw the chase from inside the store and came out to help.

After bringing Trujillo down, the security guard returned to work. But one week later, Best Buy gave him the pink slip.

Best Buy released a statement saying, in part, chasing an individual creates a safety risk that isn't worth taking, regardless of how noble an employee's intentions are.

Tyler says he has no hard feelings towards his former employer. He's just glad he helped put a wanted criminal behind bars.

Trujillo is now facing a number of charges, including assault and drug possession.