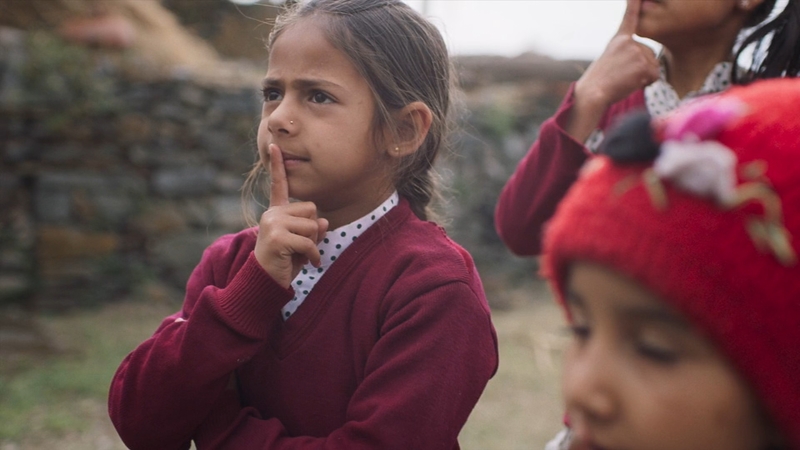 NEW YORK -- When this year's Academy Award nominations are revealed on March 15, one young filmmaker from the New York area will be paying close attention.

Karishma Dev Dube made "Bittu" as her thesis film for NYU's graduate film program, and now, it's on the shortlist for Oscar consideration.

This year, 170 shorts were submitted -- and "Bittu" is one of 10 chosen before the list gets shortened to the five official nominees.

"Bittu" is a short film that lingers long in the hearts and minds of anyone lucky enough to see it. The movie features 11 children chosen from an area in India close to where the director grew up.

"It was really all directed towards creating an environment that felt like these kids could be themselves," she said.

Sandy Kenyon has more on the films that have emerged as Oscar favorites.

At a school in the foothills of the Himalayas, a streetwise 8-year-old girl named Bittu is wise beyond her years, but she's having trouble in school.

"She is very independent," Dev Dube said. "She's constantly let down by the community around her."

The short is based on a real tragedy that actually happened when elementary school students were accidentally poisoned.

"The film is very much about negligence and what happens when a community fails to protect its most vulnerable," Dev Dube said.

Behind the scenes, "Bittu" was a celebration of family.

"My sister, Shreya Dev Dube, shot and produced the film," Dev Dube said. "She was a filmmaker many years before I was and is kind of the reason I'm here today."

Growing up in India, the sisters could not have predicted that one day they'd be back in their native land working so closely together. This, after Dev Dube spent half a dozen years at NYU.

"I really did learn the craft of filmmaking at NYU," she said. "It was very foundational for me."

The money to make her movie came from grants arranged with NYU's help, and the result is in the top echelon of student films.

"Although it's every filmmaker's dream to be recognized by the Academy, it's a very bizarre thing when it actually starts to happen," she said.