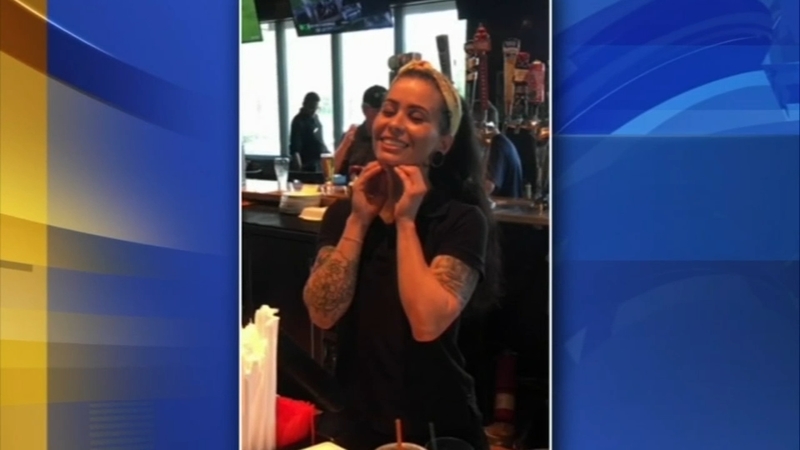 NORTHEAST PHILADELPHIA (WPVI) -- Friends of a young woman who died after being swept away in flash floods at the Pennypack Creek are sharing their memories of the 30-year-old avid photographer.

Authorities say Rebecca Bunting was knocked into the creek shortly before 6 p.m. Saturday in the area of Ryan and Sandyford avenues in Northeast Philadelphia. Her body was discovered near the Frankford Avenue Bridge in Holmesburg around 10:45 a.m. Sunday.

Police say she most likely passed away Saturday night when she was initially knocked into the water. According to police, Bunting's body was found trapped under furniture left in the creek.

On Sunday morning off-camera, Action News spoke to the neighbor who called 911. He said he was at home when he heard a man screaming for help. When the neighbor ran out, he found the missing woman's boyfriend standing on Ryan Avenue looking into the water and screaming her name.

Police have called off the search for the night. Officials say they will assess conditions in the morning to determine whether they will resume. Now calling this a recovery effort. @6abc pic.twitter.com/cbhbTJDOU0

Her boyfriend explained to witnesses that they were inside a storm drain by Roosevelt Boulevard when a rush of water came through. He says his girlfriend was swept away, while he was able to pull himself out. When dive teams were called, they had no luck finding Bunting. The water was murky and, in some spots, police say it was 10-feet high.

Friends say Bunting was known for being a photographer. Police believe Bunting was in the storm drain taking photos when the incident occurred.

"She was always trying to get really cool photos. She's really talented. She could bring out beauty in any landscape," friend Cristen DeDomenico said.

Friends said Bunting had just returned from a trip to Europe. They said she was a bartender at Miller's Ale House in South Philadelphia, where she was loved by staff and customers. She moved to Philadelphia a year ago from Maryland.

"Rebecca was just a beautiful person. Anyone who met her could tell right away she was different," said Laura Dahl of South Philadelphia. "Anytime she entered a room it just lit up, she made everybody laugh."

Bunting's boyfriend was taken to the hospital with minor injuries.

Police: Search for woman in creek now a recovery effort. Trish Hartman reports during Action News at 10pm on June 2, 2018.