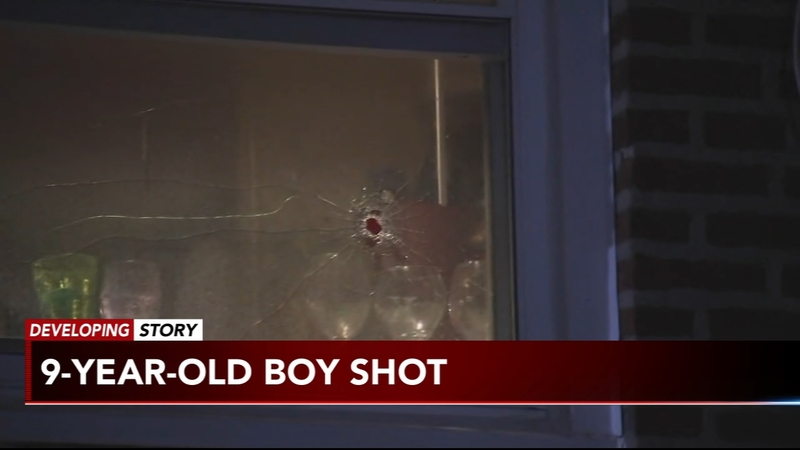 PHILADELPHIA (WPVI) -- A 9-year-old boy was injured after a gunman opened fire into a home on Monday night in Philadelphia's Olney section, according to police.

Philadelphia police said the child, who was shot in the knee, is expected to survive.

Around 10:30 p.m., police said someone on the 5100 block of Westford Road fired multiple shots into a house.

The child was the only person hit.

"Someone fired numerous shots into the house. The boy was in the house at the time, and with quite a few other people; they're describing it as a family party at this point," Coulter said.

The boy was taken to the hospital.

The motive for the gunfire remains under investigation. No arrests have been made.

As of Sunday, there were 546 shooting victims in the city, up 40% from this time last year.

Shootings of juvenile victims in Philadelphia are up 40%, compared to this time last year, with now more than 50 victims under the age of 18.

Council leaders say they will use strategies to stabilize neighborhoods and mitigate the conditions of poverty that are strongly linked to violence.
Report a correction or typo
Related topics:
philadelphiashootingchild shot
Copyright © 2021 WPVI-TV. All Rights Reserved.
CHILD SHOT

Boy shot while inside car with father released from hospital