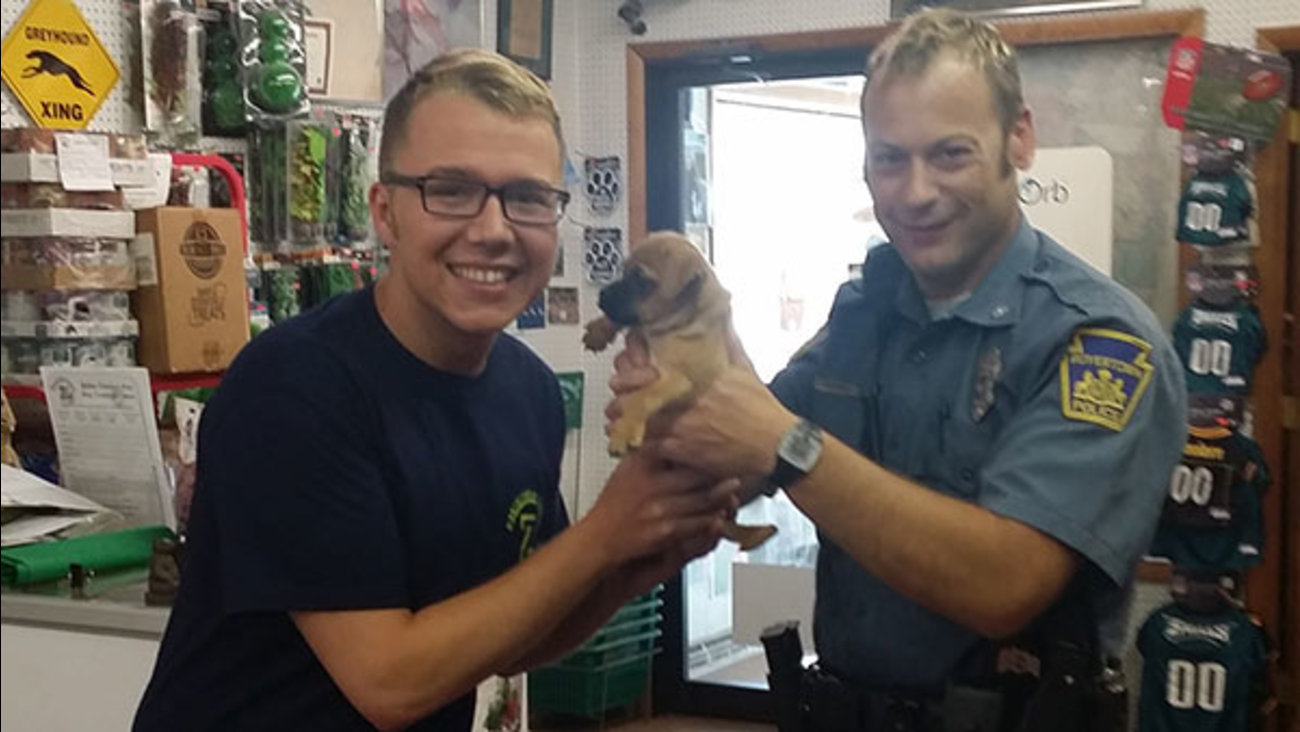 WPVI
BOYERTOWN, Pa. (WPVI) -- A puppy stolen Sunday from a Berks County pet shop has been returned safe and in good health.

Samuel Zimmers of Zimmers Pets in Boyertown said several customers came forward after seeing reports of the theft on newscasts and social media.

The customers helped police identify the three women seen in surveillance images, Zimmers said, and the puppy was back in the shop by Tuesday morning.

"A very special thank you to Officer Kyle Morgan and the Boyertown Police Department, and to all those involved in bringing the puppy back!" Zimmers said in an email.

PHOTOS: Suspects in Pa. puppy theft
A Berks County pet store wants to find the thief who stole a puppy right out of its pen.

The surveillance images released Monday showed a woman who appeared to be with several other women taking the female pug and Jack Russell terrier mix from its pen.

What the owner found even more disturbing was that the suspects had children in tow during the crime.

"I was amazed that three mothers with children would steal a living animal from a pet store. You worry about what's going to happen to the animal and what kind of example they're setting for their children," owner Kevin Zimmers said.

There was no immediate word on what charges, if any, were being filed against the suspects.