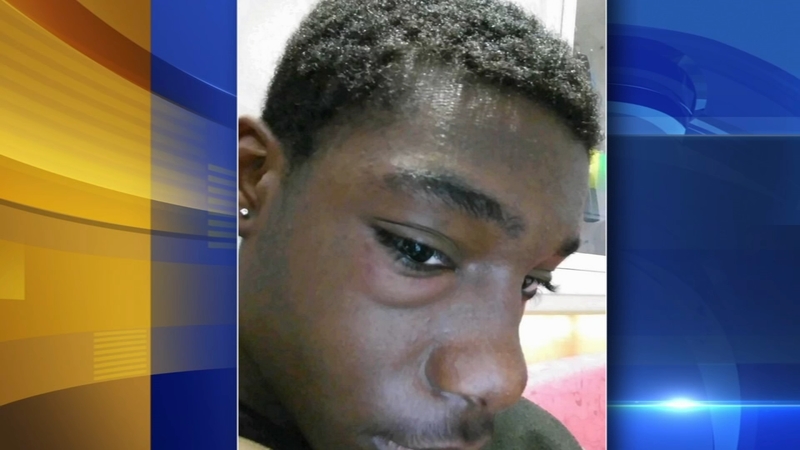 That aide has since been arrested.

He was out of school because of a swollen eye, which he suffered after being punched in the face.

The suspect has been identified as 20-year-old Justin Iverson-Fairfax.

Devanti said he was getting on his bus after school on Thursday. His bus is designated for students with emotional needs.

At the time, the bus driver and Iverson-Fairfax were across the street getting pizza. Devanti said he poked fun at them.

"When they come out he was in the front and the driver in the back walking, so I scream like, 'Yo, you ordering the whole store?' And I guess he got mad."

He says the next thing he knew Iverson-Fairfax ran onto the bus.

"He got mad and chased me down the aisle and punched me, and the first hit was to my face," said Devanti.

His mom, Zakiya, says Devanti's little brother was also there.

"He called me and he said, 'Mom, Devanti got hit by an aide' and I said 'what are you talking about?'"

She says she was waiting to confront Iverson-Fairfax after her sons were dropped off.

The family immediately called the police and the school district.

It wasn't long before the Darby Township police arrested Iverson-Fairfax.

"I want it where he can never get a job working with children, daycare, bus driving, whatever because that's abuse," said Devanti's grandmother Marlene Amadou.

"The school principal has had contact with the parents of the student involved to offer assistance and will continue to support the student and family."