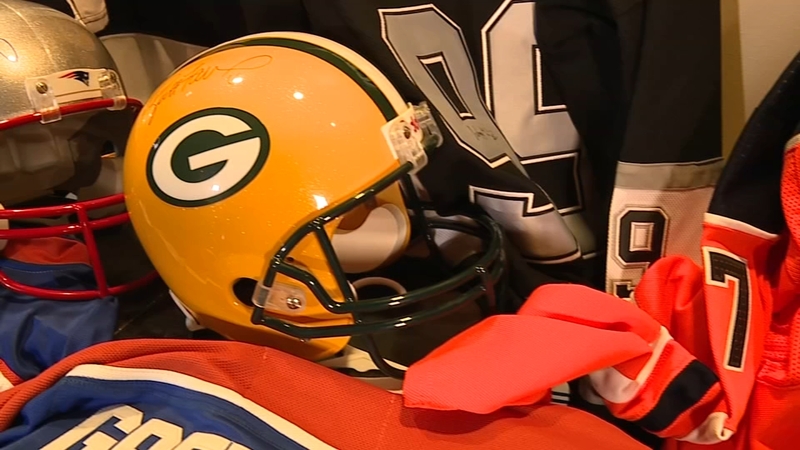 Forgeries in the lucrative sports memorabilia business are a huge problem. One local company has been accused of selling bogus sports items for nearly a decade.

Paul Wedding says he thought he was getting the signatures of sports' greatest stars: Tom Brady, Brett Favre, Sydney Crosby and the Great One Wayne Gretzky.

"I have no reason to believe any of it is real," said Wedding.

Over two years, he says he purchased an estimated $13,000 worth of sports memorabilia on the online auction site Coach's Corner, which permits others to sell merchandise on their site on consignment.

"He said listen I've got to tell you something. This stuff's fake-- all of it," said Wedding.

A check online turned up dozens of complaints about the Souderton company.

We took some of his sports collectibles to respected authenticator Kevin Keating with PSA, a company the FBI has used during investigations into the industry. We didn't tell him from whom the items were purchased.

Keating quickly determined in his opinion each of the dozen items were fake.

"This was very easy for me to do because these were bad attempts at forgeries," Keating said.

Coach's Corner, which is owned by a Scott Malack, claims to be the "premier online sports auction," but Action News has learned eBay has banned the company from selling on its site.

We confronted Malack outside of his business. He refused to answer any questions.

A day later his General Manager, Lee Trythal, called us and defended the company, denying fraud.

Trythal said his company can't examine the thousands of pieces that others put up for auction each month and estimates 20 percent of the lower prices items, items under a couple hundred bucks, could be forgeries, and the ratio is likely higher for more expensive items.

Trythal said, "Authenticating pieces is a game we can't play."

However, the company provides Certificates of Authenticity with each item it sells.

Keating says they are worthless given Coach's Corner's reputation.

"We see a lot of stuff that gets the same results that when we authenticate that comes from Coach's Corner which is unfortunate," he said.

Wedding says when he approached Coach's Corner about the alleged fakes an employee told him the 30-day return period had expired.

Coach's Corner said it's one of the only auction sites that offer such a refund but the company holds firm to the 30-day policy.