Philadelphia looks to Camden for advice on reducing crime 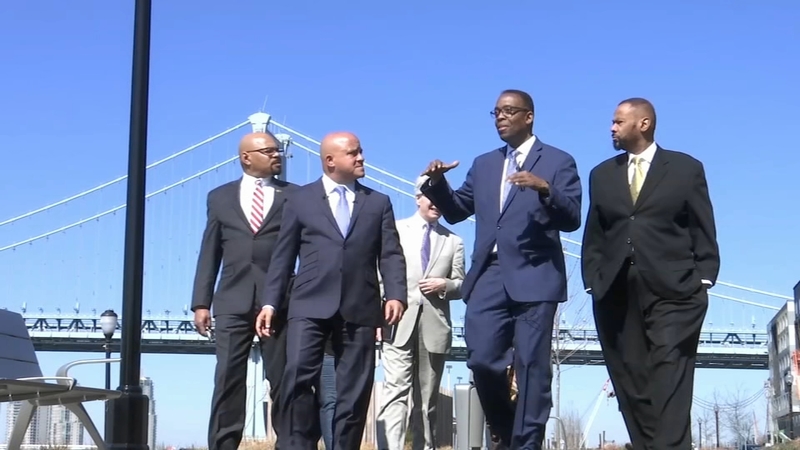 Philadelphia looks to Camden for advice on reducing crime

CAMDEN, New Jersey (WPVI) -- Five years ago it earned the reputation as one of the most dangerous cities in America. Now, Camden has its lowest crime rate in 50 years, and its neighbor across the Delaware River is trying to understand how.

"Our leadership has been in every sector of this community," explained Mayor Frank Moran.

Philadelphia's City Council says it was hoping to learn more about the relationship between crime and poverty there, which is the city is trying to address with its new poverty action plan.

"The levels where we have high crime rate like the 22nd district, the income levels are not where we need them to be," said City Council President Darrell Clarke.

To better explained how Camden has changed, the mayor took his guests to the waterfront.

"If you look around you, you're experiencing about $3 billion of investment. That is all due to the incentives that were offered by the state over the last 5, 6, 7 years," said Moran.

Councilman Jones says he will take some of what he learned and bring it back to Philadelphia.

"One thing begot the other in Camden. You reduce crime, you increase investment, you reduce dropout rates and increase graduation rates. And it's not a bad view," said Jones
Report a correction or typo
Related topics:
philadelphiacamden countycrimegun violencecrime prevention
Copyright © 2021 WPVI-TV. All Rights Reserved.
TOP STORIES
New details revealed in crash that killed 4 family members
Man dies after shooting in parking lot of gentlemen's club
"Hands are tied" dealing with teens at NJ shore, police captain says
Governors in NJ, Pa. call on Cuomo to resign: 'We are appalled'
Not all of MLK Drive reopening to traffic; closures remain for years
450,000 bees found inside walls of Montco home
School board: Teachers, staff must be vaccinated or get tested weekly
Show More
Passenger tied down with duct tape on Philly-Miami flight
AccuWeather: Some sun inland today, showers at the shore
2 injured in Conshohocken incident
Obama scales back 60th birthday celebration due to COVID concerns
Viral Video: Orangutan wears sunglasses zoo visitor drops
More TOP STORIES News