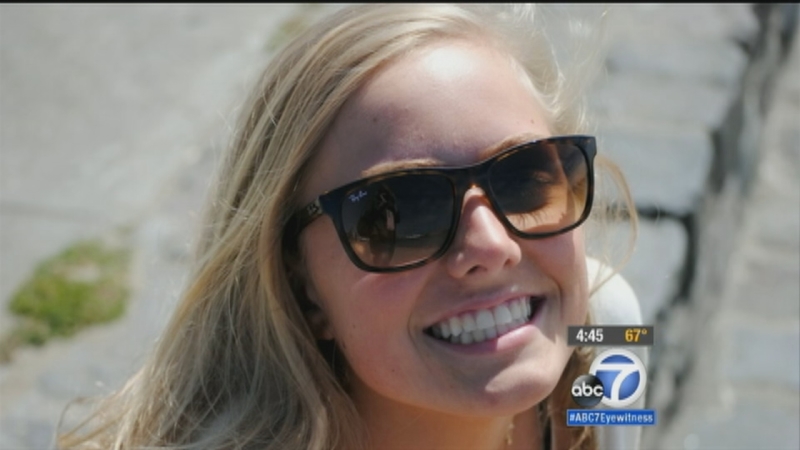 LOS ANGELES, CA -- After Marianne Banister left her job as an anchor at ABC7 Eyewitness News in 1995, she and her family moved to Baltimore, where they welcomed their second daughter, Claire Marie.

Claire grew up to be known for her sense of humor, spontaneity and love for life.

"She danced in the rain and wore cowboy boots and sundresses to concerts," her mother recalled.

But things changed drastically during Claire's freshman year of high school when the then 14-year-old received a devastating diagnosis: malignant melanoma.

Last October, after a three-year battle, Marianne lost her 17-year-old daughter to the deadliest form of skin cancer.

Marianne said her daughter always wore sunscreen and had regular screenings done, "Claire never, ever went to a tanning booth." Changes in a mole on Claire's ankle raised a red flag.

"It started to look a like dusty on the top, kind of grayish on the top," Marianne recalled.

According to experts, melanoma affects about 500 adolescents every year and that number is rising in young girls. Experts say one theory for this trend is that the hormonal changes during puberty fuel estrogen receptors in melanoma cells.

"It's not something that's been proven, but anytime a mole is changing, the recommendation is that that mole be examined under the microscope and a biopsy be performed," said Dr. Nima Gharavi, a dermatologic surgeon.

Of all cancers in children, melanoma makes up about 2 percent. That number rises to 8 percent in adolescents, which is why doctors say this might be a good time for children to begin annual screenings, especially if there is a family history.

"I think having a trained-eye look at any growth on the body, and by trained-eye I'm referring to a dermatologist, it's probably the best option for patients," said Dr. Gharavi.

The day before she died, Claire learned she was accepted into two colleges. In her admissions essay, Claire wrote, "as with all things in life, there is a great gift that comes wrapped in pain if you look deep enough. I have the gift of family, friends and faith."

Now, Marianne Banister is turning this tragedy into a way to educate and raise awareness to the dangers of melanoma through a foundation named after her daughter.

"If we can get one parent in the door and have a mole removed before it becomes problematic, then Claire has done her job," she said.

To learn more about Claire's foundation and how to look for signs of melanoma, visit the Claire Marie Foundation website.