Building It Better Together: The state of our job market is strong 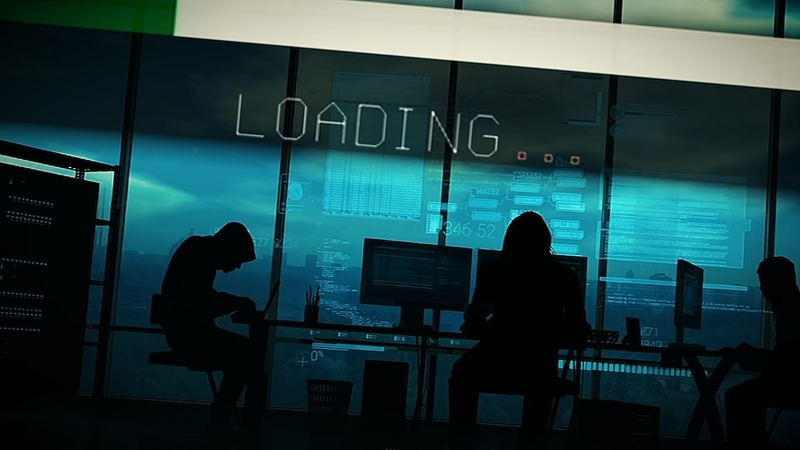 Building It Better Together: The state of our job market is strong

PHILADELPHIA (WPVI) -- The state of our job market is strong.

Unemployment has been dropping over the past decade, from over 8 and 9 percent at the start of 2010, down to 3.9% percent in Pennsylvania in July, just above its record low.

And the jobless rate is at the lowest level in New Jersey's history - 3.3% - as of the latest report released in August.

"In terms of people who are active in the job market, the employment situation is very good," said Dr. Paul Harrington, a Drexel University professor of Labor Markets and Policy.

It's not surprising that Philadelphia's unemployment rate of 5.2% percent in June is the highest in the region, however, that is still down 0.8% compared to last year.

"We're growing faster than the metropolitan statistical area," said Meg Shope Koppel, Ph.D., chief research officer of Philadelphia Works. "Philadelphia has been very fortunate throughout this long expansion. Our region has been a little sluggish as compared to the national growth."

Burlington County had the lowest unemployment rate in the region, at 2.7%.

Chester County was close behind at 3%.

Looking at the entire Delaware and Lehigh Valleys, from the tip of Cape May up through Reading, Allentown and Bethlehem - there were 4,211,273 people over the age of 16 working, as of the latest Census estimate in 2017.

The U.S. Department of Labor uses a different survey metric, called nonfarm payroll, which counted 730,100 jobs in Philadelphia in July.

The city has a reputation as a hub for "meds and eds" meaning education and medicine.

In Philadelphia, health care is the biggest industry by far. And it's the one that grew the most in the past decade. Three in ten Philadelphians work in the field.

"The health sector is a very, very important source of job creation," said Harrington, "about one in five new jobs created in the city and in the region are in the health services sector."

It may come as no surprise, then, that the #1 job in the city is nursing. There were 21,143 registered nurses in Philadelphia, at last count.

But despite the overall climate for the industry, some general surgical hospitals are struggling, such as Hahnemann University Hospital that's shutting its doors for good.

"We're seeing a shift in the industry mix and the way people are employed now," said Shope Koppel.

You may have noticed this trend the last time you needed to get a procedure done. There are many more options for diagnostic centers, doctor's offices and outpatient clinics. Health care is spreading out and getting closer to patients, rather than requiring them to visit specialty hospitals.

In the way that Philadelphia is a hotbed of health care, Berks and Bucks counties have a cluster of Advanced Manufacturing jobs.

Montgomery and Chester counties have a much higher concentration of Building and Construction jobs, compared to the rest of the country.

The Southeast Pennsylvania Workforce Planning Region predicts the biggest buildup of suburban jobs will be in construction: a 16.2% increase within the next 5 years. You can already see it taking shape at enormous work sites such as the project at PA-63 and Dreshertown Road in Upper Dublin, where several cranes and a buzz of activity fill the air.

The other change that's on our doorstep is a massive generational shift, as the wave of Baby Boomers retires. That presents both opportunities and challenges. Who will replace them in the workforce? And who will take care of them as they get older?

That's why some of the hottest jobs right now are in personal care and home health aides.

"As the region's population is aging very rapidly, the demand for these workers has just absolutely skyrocketed," said Harrington. "When you're looking ahead and saying what will be the most rapidly high demand occupation in this region in the next decade? It's going to be those."

The subindustry Services for Elderly and People with Disabilities added more than 13,000 jobs over a decade in Philadelphia.

Unlike Registered Nurses, which require an associate's or bachelor's degree, there are fewer education requirements for Personal Care and Home Health Aides. But the flip side of that is the jobs don't pay well.

"I think home health aides, I think, as a nation, we don't pay caretakers what they deserve to be paid. It's a national issue. It's not just Philadelphia," said Shope Koppel. "So as the population ages, we have more and more people who are getting into those jobs where they're not really being paid what I believe is the value they give to our society."

The same could be said of Early Childhood Education, one of the city's fastest-growing fields. It's also projected to grow the most, percentage-wise, by 2024.

"You know, the average early childhood education teacher makes close to $12 an hour, right?" said Sheila Ireland, executive eirector of Philadelphia's Office of Workforce Development. "These are the teachers where kids have their first experience of what learning is. Are we really investing our money in the right way, if that's what we're paying these people?"

There's a good chance you've contributed to the growth of Philadelphia's restaurant scene.

However, even in full-service restaurants, there are not a lot of high-paying jobs. Most of the growth has been among waiters, waitresses and food preparation workers.

Security guards have also seen explosive growth in the city, with the number of positions more than doubling from 2006 to 2016. Three thousand six hundred jobs were created in that time span.

This illustrates a trend over the past decade.

"We're adding lots and lots of jobs that are really at kind of the two extremes of the labor market," said Harrington.

Job growth has either been at the low end of the pay scale or at the very top, requiring advanced degrees. There's been a hollowing out of middle-class, middle-skill jobs.

"The jobs in the middle, where, you know, kind of a solid skills, solid work ethic, that's there. It's not a collapse, but it's just sort of gradually fading out," said Harrington.

"But what it's doing is it's leaving the bottom behind," said Ireland. "And that drags us all down, whether we like it or not."

The Economy League in Philadelphia says since the 1970s, "technological advancement and globalization have contributed to the general polarization of the workforce around low-skill and high-skill jobs." And the organization sees this phenomenon having played out in Philadelphia, as well.

Technology Service jobs pay the most, with a yearly mean wage of $126,675.

The biggest growth so far has been among Software Application Developers, Computer Systems Analysts and Computer Programmers.

It's expected that biotech research and development will overtake them for the most jobs in 5 years.

Retail, in general, is suffering -- particularly department and clothing stores. However, local analysts say outlets seem to do well, as does the King of Prussia Mall.

Even though they're not paid as much, more women are working than men.

Wages are growing, but at a slower pace than in the rest of the country. Philadelphia paychecks jumped 1.9% percent in June, compared to last year.

That still lagged behind all other Top 10 cities in the U.S.

There are not many concrete numbers to quantify how many people are taking part in the so-called "Gig Economy," but anecdotal evidence suggests it's growing.

Gig work is when people are hired for a single task, like an Uber or Lyft rideshare, dog sitting, or even developing a website for a client, often on a digital marketplace like a website or app.

"The gig economy is not just your entry level employment. It also rises very much to the high level around I.T.," said H. Patrick Clancy, President and CEO of Philadelphia Works.

However, the latest statistics show only about 5% of the local workforce is considered self-employed, not incorporated.

"For individuals that are in transition, that need the ability to make some money and they want a flexible schedule, the gig economy is really good," said Clancy.
Report a correction or typo
Related topics:
careersphiladelphia newsbuildingitbettertogethercareersjobs
Copyright © 2021 WPVI-TV. All Rights Reserved.
More Videos
From CNN Newsource affiliates
TOP STORIES