Carli Lloyd makes appearance on Live with Kelly and Michael 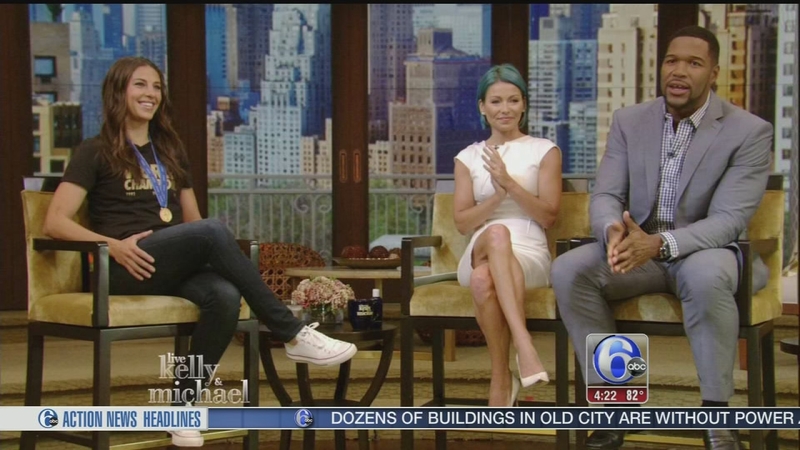 Lloyd stepped out onto the stage for Live with Kelly and Michael in New York City Thursday morning.

She talked about her hat trick, and how hard she has worked to reach the pinnacle of her soccer career.

Lloyd told Kelly and Michael that their win hasn't really sunk in yet, but it does come after a lot of training, hard work and sacrifice.

"We sacrifice so much - my fiance, friends and family know they come second. First is soccer, it may sound crazy but we have a short amount of time to play," said Lloyd.

She also says it's important to her to be a good role model for kids.

"The best messages I've been getting are my son's watching you on TV and saying, 'Mom, if I work hard, I can be just like her.' And to me that's priceless, that's what it's all about," she said.

Lloyd was back home in New Jersey shortly after her win, but for less than 24 hours.

She says it was a whirlwind of unpacking and re-packing, catching up with friends and going to Whole Foods to get something to eat.

Lloyd and the rest of her team will be honored with a ticker tape parade in New York on Friday.