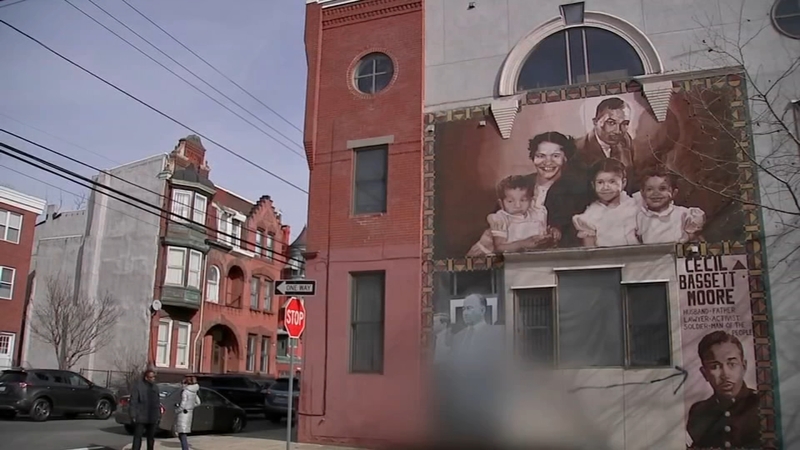 PHILADELPHIA (WPVI) -- Officials in Philadelphia are investigating after a racial slur was spray-painted onto the mural of one of the best known civil rights activists in Philadelphia, Cecil B. Moore.

The graffiti was found scribbled on the mural located at Jefferson and Bouvier streets on Saturday.

Residents Action News spoke with say they did not see anything around 2 a.m. Some think the vandalism must've happened around dawn.

This neighborhood is especially proud of the civil rights leader's legacy, among many accomplishments, Moore was also a Marine, a defense attorney and a local politician. He marched with Martin Luther King Jr.

"He was a very significant figure, not only in the African American lives but in the City of Philadelphia, and he was known nationally with his civil rights leadership," said Clarke.

For decades, many influential African American city and state leaders have called this North Philadelphia neighborhood home, including Cecil B Moore.

"They were leaders, respected men in this neighborhood not just for their color but their content," said Marleasa Sherrill Bryant of North Philadelphia.

"We need to send a signal, we can't have this in the City of Philadelphia. We've made a lot of progress but as you can see we still have a ways to go," said Clarke.