"I guess those guys and me got into an argument and then they started to beat me up," recalled Jalen Ramsey.
WPVI
By Walter Perez 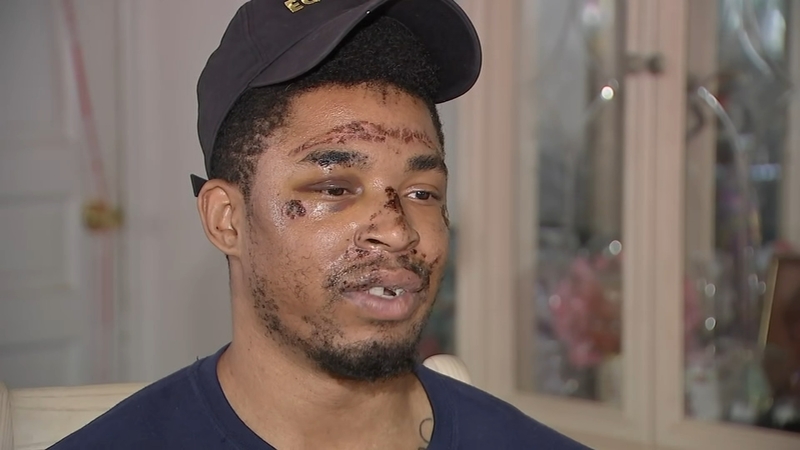 PHILADELPHIA (WPVI) -- A Norristown, Pennsylvania man was severely beaten during an altercation after leaving a Center City Philadelphia bar over the weekend, police say.

It happened Saturday night when 27-year-old Jalen Ramsey was hanging out with friends at Rec and Royal on the 100 block of South 17th Street.

"(We) left (the restaurant). Met some more people outside and that was on my way to go get some pizza. And that's the last of my night that I remember," recalled Ramsey.
He woke up in an ambulance with a broken nose, cracked teeth, and a concussion along with gashes and abrasions across his face.

He does not remember what happened, but his friends do. 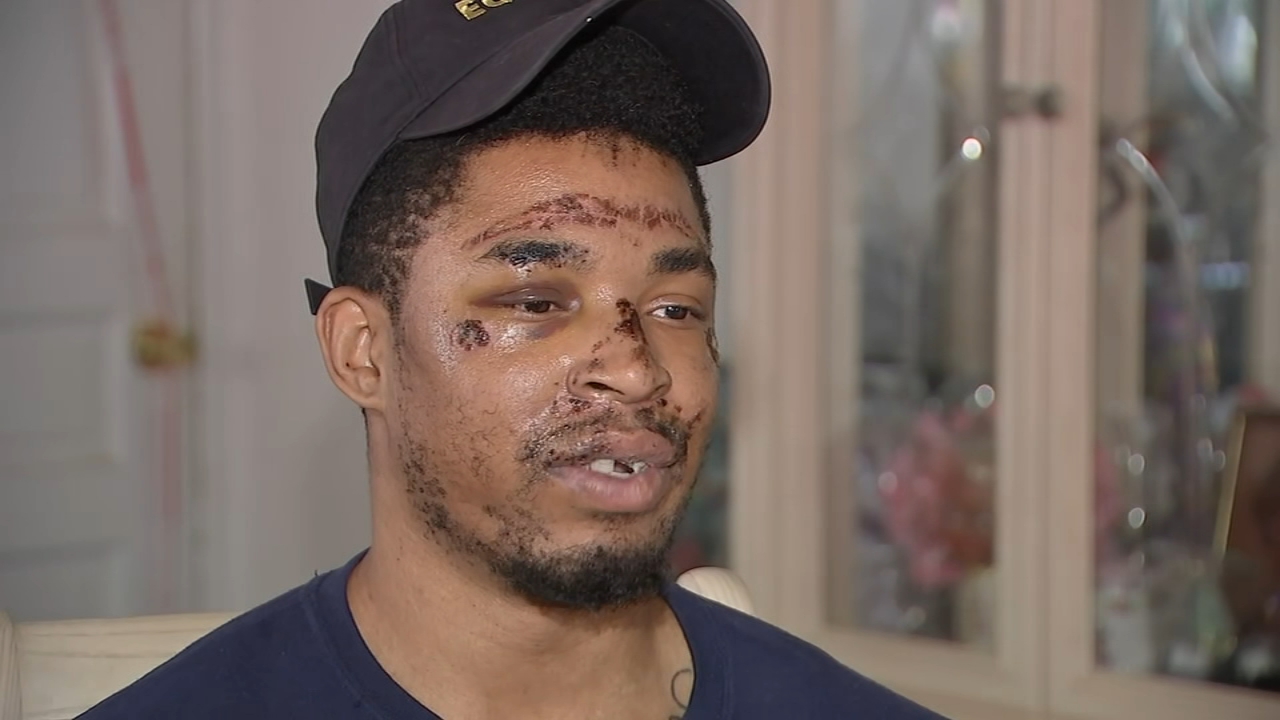 "I was told that there was a group of guys that were coming down the street," explained Ramsey. "They were talking a lot of mess. I guess those guys and me got into an argument and then they started to beat me up and...I don't remember any of it."

Jalen's mom, Rochelle White, says she got the call from police and rushed to the hospital to be by his side.

But she says nothing could prepare her for what she saw when she got there.

"When I went in and pulled the curtain and saw the condition he was in...no parent, mother, father, family members want to see their family like that," said White.
And as violence on the streets of Philadelphia only gets worse, Jalen Ramsey and his family are simply hoping for justice in this case.

"It's just so dangerous out there. You don't know what's going to happen. You don't know if you're going to make it back to your family at night when you're just trying to have a good time with some people," said Ramsey.

"Some of the businesses have cameras. Maybe they can check the footage and see and help us find out who did this to my son," added White. "That I really would appreciate. That would be the Mother's Day gift that I want."

Philadelphia police are looking for surveillance video from that area with the hope of finding a recording that offers a clear view of the people responsible.