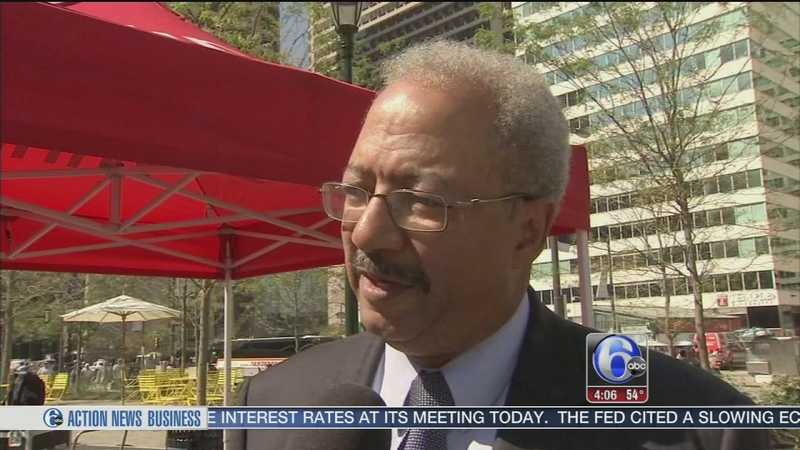 Fattah, an 11-term U.S. representative, had been outspent in the race as he struggled to raise funds for both the campaign and his defense lawyers. He was ousted on Tuesday by a 36-year state lawmaker, Rep. Dwight Evans, in his first primary fight in two decades.

Fattah has represented the Philadelphia region in Washington for two decades and served on the powerful Appropriations Committee.

"It has been the greatest honor to serve the constituents of my city," Congressman Fattah said. "I have spent my career working to better the lives of the people in our community-to ensure that all students are given every opportunity to succeed, to promote and engage our workforce, to realize the visions of our innovators and scientists, and to keep our families safe and healthy. Our nation faces real challenges that will not be fought easily-challenges that continue to test the constituents of our city. But in the face of adversity, the people of Philadelphia are vocal and proud. I have been honored to bring these collective voices to Capitol Hill because I see greatness in Philadelphia. We are a community marked by determination, confidence, and love. I am hopeful that despite hardship our city and our nation ultimately find inspiration and peace in the vast path forward."

He's accused of accepting bribes and misusing campaign funds and charitable grants to enrich his family and friends.

He has called the seven-year FBI probe that's ensnared his son and close aides a political witch hunt. He says he has done nothing wrong.

Jury selection in his trial starts next week. Opening statements are set for May 16.

The 2015 indictment describes four schemes, two involving efforts to erase $1 million in debts from Fattah's failed 2007 bid for Philadelphia mayor. The indictment also charges four associates, including former staff members, with crimes and accuses Fattah's wife of being linked to an $18,000 sham sale of a luxury car.

Fattah had three opponents in his heavily Democratic Philadelphia-area district.

But Fattah had the support of other key players, including black ward leaders and other local officials.

Fattah, who's 59, had won the office at 37 and soon became a fixture as the state's only black congressman, representing the only predominantly black district in the state. He flew on Air Force One with President Barack Obama and brought home millions of dollars in federal funds for housing, scholarships, transportation and crime prevention.

However, the White House on Tuesday distanced itself from a robocall that used archival audio of Obama's voice to urge voters to support Fattah and said it didn't approve. In the clip, Obama was acknowledging Fattah at an event for his work on neuroscience research.