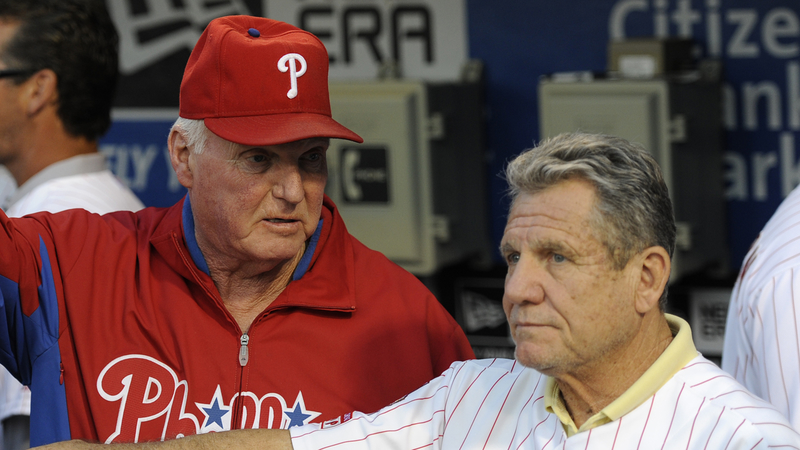 PHILADELPHIA (WPVI) -- Charlie Manuel has been to the mountain top. When the former Phillies manager won the World Series in 2008, a whole lot of fame and fortune came along with it.

"Baseball is a world of privilege", says his wife Missy.

Well Thursday, Missy and Charlie, along with Larry Bowa and his wife Patty, will go from privilege to poverty. They'll be spending a night outside on the streets of Philadelphia to raise money and awareness for homeless youth.

"Sleeping out on the street, overnight, it'll be different," Charlie says. "But at the same time, it's an experience."

"This is just a chance to see that not everybody has that privilege," adds Missy. "Not only that we're grateful for everything that we have, but that we are able to help."

Jamie Apody took Charlie outside on the street. He said they'll provide them with a sleeping bag, and a cardboard box. Being that it's November, it's going to be cold.

He says he'll be dressing warm, and wearing insulated underwear. It was a lighthearted moment surrounding what is a very heavy issue.

There are 4.2 million young people who experience homelessness each year. The donations that come in will help keep Covenant House afloat.
The Manuels have been involved with the organization for years, sponsoring the residents at Phillies games multiple times throughout each season.

They fell in love with its mission, and its ability to change the course of a homeless teen's life.

Manuel says he can relate to these kids in a way, having grown up 1 of 11 siblings in rural Virginia, where they always had food to eat and a roof over their heads but not much else.

The former skipper feels a little bit of sacrifice on his part can go a long way.

"If one person benefits from what we're doing, that would be fantastic," said Charlie.